During his visit to the Tec, Bill Ritter shared sustainability initiatives with leaders, faculty, and students from the Monterrey campus.

“People were surprised that what I most wanted to do was examine energy systems in the United States and relate that to environmental damage and climate change,” said Bill Ritter, Director of the Center for the New Energy Economy (CNEE) at Colorado State University.

Ritter, who is also a former governor of Colorado, visited the Monterrey campus. Besides meeting with directors from the institution, he spoke with students about his experience of promoting sustainable energy use.

“It’s really about inspiring people to go solar, to use wind energy, buy electric vehicles, and retrofit their houses to be energy efficient,” he stressed.

He said that he began to propose the topic in Colorado in 2006, but people thought it would be very expensive since fossil fuel consumption was high in the state.

He recalled that in order to achieve this, they had to work towards building a new economy in which low-income citizens were assisted.

“But we were also going to build an economy and we were going to do it in a way that worked for everybody in society,” he explained.

According to the university director, public policy is key to being able to achieve this change in energy consumption, and he reiterated that he has had to work with Democrats and Republicans to be able to generate new reforms.

The meeting with students was held on October 26 in the Rector’s Building. It was moderated by Professor Alberto Mendoza, from the School of Engineering and Sciences.

Exploring development and innovation at the Tec

As part of his visit, Ritter met with Tec de Monterrey leaders, who talked to him about the initiatives taking shape at the Tec and the various projects generated by the institution in the field of sustainability and energy.

He also met with a group of researchers in the field of sustainability. During the meeting, he was presented with initiatives from Tec de Monterrey’s Sustainability and Climate Change Plan and Ruta Azul (Blue Route) projects.

“We’re delighted to have Bill here at the Tec. It is, without a doubt, a time to share some of the technology, innovation, and social initiatives that we’re working on as an institution,” said David Garza, Rector and Executive President of Tec de Monterrey.

Also present at the meeting were Juan Pablo Murra, Rector for Higher Education, Manuel Zertuche, Dean of the School of Engineering and Sciences, and José Antonio Torre, Director of Urban Planning and Sustainability. 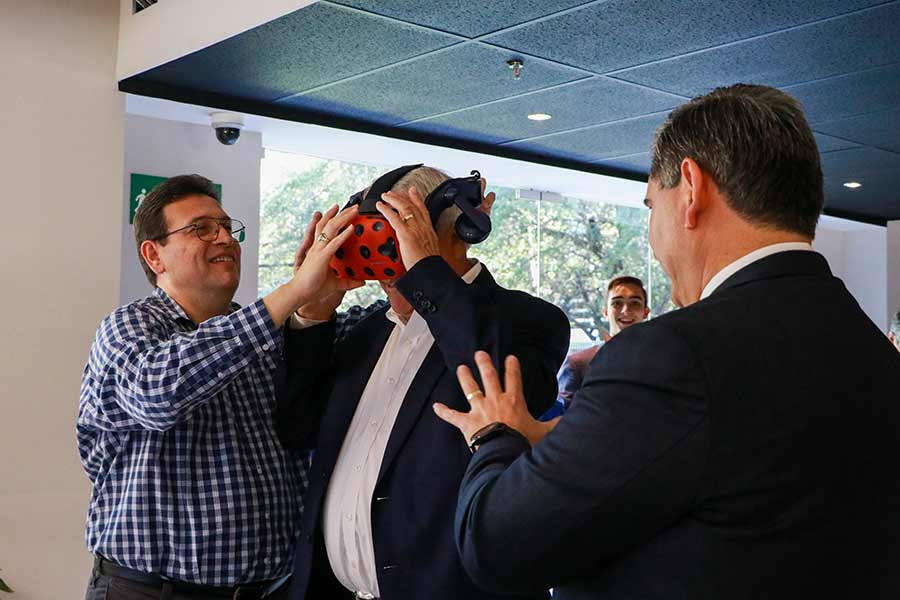 During his visit to Tec de Monterrey, the former United States governor of Colorado had the opportunity to tour some of the institution’s emblematic spaces, such as the Rector’s Building Mural and the Emerging Technologies Laboratory (MOSTLA).