"Atomic habits" for entrepreneurs, according to author James Clear

The author of the book Atomic Habits gave a talk at INCmty 2022, where he spoke about the importance of building new habits from small actions every day.

James Clear, the author of the bestseller Atomic Habits, participated in INCmty 2022, where he remarked on how very small habits can have a long-term impact on the life of an entrepreneur.

The speaker and consultant on decision-making and continuous improvement shared this thought during his talk Atomic Habits: How to improve by 1% every day, together with Juan Pablo Murra, Rector for Higher Education at Tecnológico de Monterrey.

“They’re atomic habits for three reasons: firstly, the meaning of the word atomic is minute or small; secondly, an atom is a fundamental unit in a larger system; and thirdly, because the word atomic means a huge source of energy,” Clear said.

Clear highlighted that small and easy changes in habits can represent units in a larger system that can make notable and powerful long-term changes in the lives of people, as well as companies. 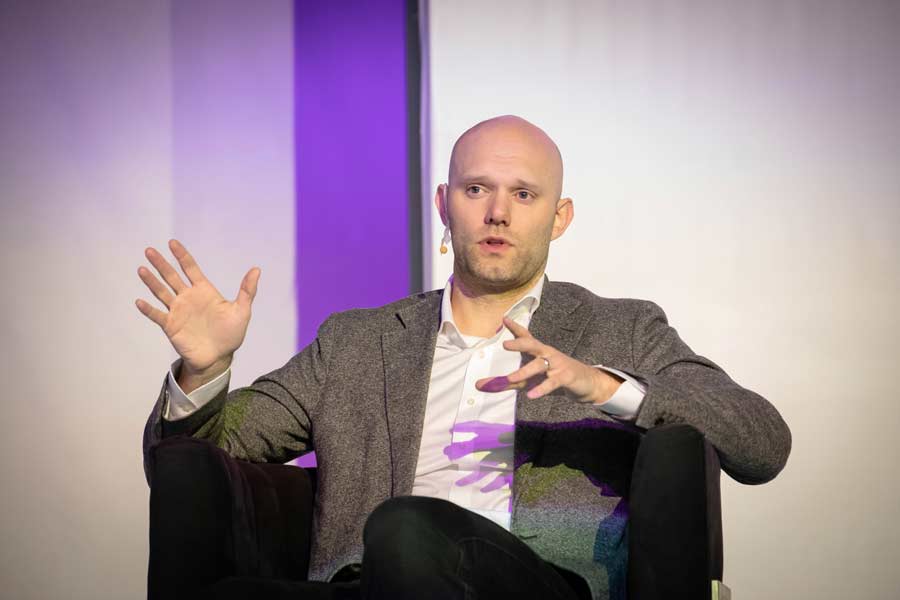 4 steps for understanding a habit

According to Clear, habits consist of four different stages, in which people can intervene as if they were levers to be pulled to turn them into good habits or break bad ones.

He explained that these stages are:

1. Cue - a signal that sets off a habit, such as seeing some type of food.

2. Craving - when the brain makes a prediction, such as wondering if that food is sweet, tasty, or pleasant.

3. Response - acting on that craving, such as approaching the food, picking it up, and taking a bite.

4. Reward - the moment when the craving is confirmed, such as enjoying the food.

However, Clear warns that not all moments in life are rewarding. If they are not, it’s unlikely to become a habit.

Learn about some of Clear’s observations to change habits in the personal sphere and also as an entrepreneur. 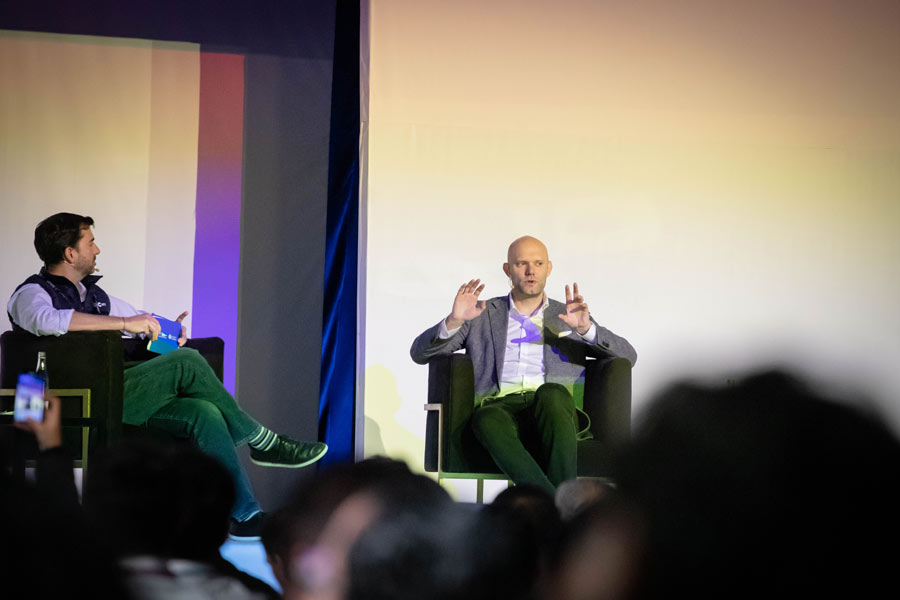 In his book, the author proposes that people improve by 1% every day. His mantra is that small changes can add up and that time will magnify them.

“If you have good habits, time becomes your ally and you’ll put yourself in a better position with each passing day and you’ll be on the right track. However, if you have bad habits, time will be your enemy and as each day passes, you’ll be a little deeper in the hole,” he said at INCmty.

“When I refer to 1% every day, it’s about focusing on the track. Are we improving by 1% or worsening by 1%? If you’re on a good track, all you need is time,” he added.

“If you have good habits, time becomes your ally and you’ll put yourself in a better position with each passing day.”

2. Set a goal and work on your process

The speaker explained that even if someone has very clear goals, that does not determine the result of what is desired but rather the process that is implemented to achieve them, in this case, a collection of daily habits to be followed.

“Any process you’ve been working on, any collection of habits you’ve been following over the last six months, a year or two, has almost inevitably led to the results you have now,” Clear said.

The decision-making consultant added that if we want our results to change, we must change our habits, and this will automatically take us down a different path. 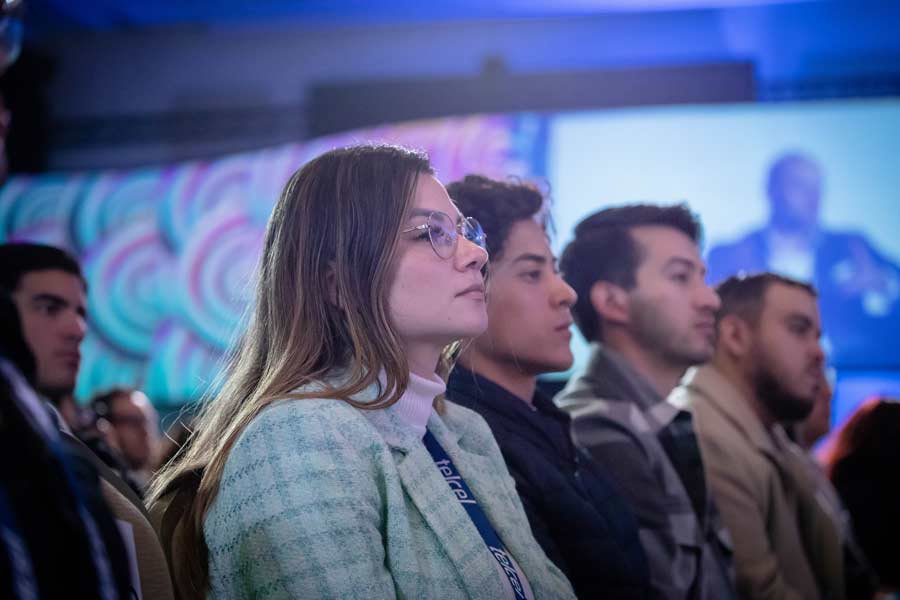 3. Focus on one habit at a time

Clear recommends that if you have different goals in life, such as eating healthier, sleeping better, or being a better entrepreneur, focus on changing habits for one of the goals and then tackle the others one by one.

“Habits are more complicated to incorporate into your life than people assume. For example, eating healthier might seem like just a habit, but it means better habits when shopping for food and cooking, so a single habit has many layers.

“That’s why I think it’s better to focus on one and take the time to do it right. Figure out a style and a process around one goal and then start the next one,” the author added.

“When you are in a new moment, it’s like having a blank slate. You can look at it and think how to start over.”

4. If you’re an entrepreneur, take the time to think

When questioned by the Rector for Higher Education about good habits that entrepreneurs could develop, the author pointed out that it’s vital to take time to think.

“It’s very difficult to do because they are often very busy tending to business needs. They are so busy doing tasks that they can’t step back and think of a strategy,” said the speaker.

“You’re so focused on the next task that you don’t give yourself space to ask yourself, ‘Is there is a better strategy here? Do I need to take time to think about a strategy and see if there is a way to put my business on a better track?’” he added.

The continuous improvement consultant pointed out that the best way to reach valuable conclusions is by pausing, taking a little time, reflecting, going back, and thinking about how work and effort can be more efficient. 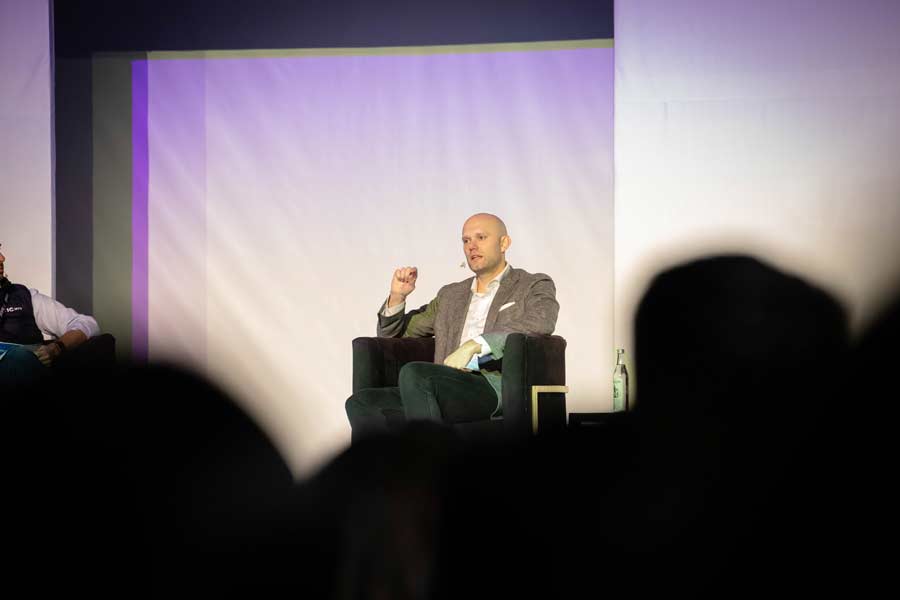 5. Reflect and review your business

Clear said that another important habit for entrepreneurs is to have a process of reflection and revision in business so that they can be aware of what is happening in their company.

“A lot of the time things just happen; the time isn’t taken or there just isn’t the time to go through it and then do something about it.

“For example, every Friday, I review the main business metrics, traffic, email subscribers, income, and expenses; it’s kind of an opportunity for me to review my business and see what happened over the week,” he added.

The speaker recommended carrying out these habits at different periods of time, such as every week, the end of the month, or even every year, depending on the type of analysis that you want to do.

“When I talk about 1% every day it’s about focusing on the right track. Are we getting better by 1% or worse by 1%? If you’re on a good track, you just need time.”

The author also talked about the changes that occur in different stages or periods of people’s lives, when old habits are probably no longer functional.

“There’s a lot of juggling or change that happens when you’re in a new stage, such as taking a new job or moving to a new city, all kinds of things. Every time this happens, it’s worth taking a step back and looking at your habits,” Clear said.

He recalled that seasonal changes can also help change habits that would have been difficult to adopt in a previous stage and that you maybe wanted to have, but probably didn’t work.

“When you’re in a new season, it’s like having a blank slate. You can look at it and think how to start over, as if you were designing a good day,” he said.

“You need to learn more, but often the best way to learn is to start over. Slow down and take the first step.”

Something that can help entrepreneurs to facilitate the change of habits is to join tribes where their desired behavior is normal, said Clear.

“It can be very motivating to be in a group like that. If your friends are business owners, they’re building businesses and doing these things, and you start to get motivated and think that you should be capable of trying.

“When you spend more time with people who are actually doing what you want to do, you take that energy and tell yourself that you don’t want to procrastinate, your friends are making it and growing very fast, and you want that too. There’s a great social dynamic,” Clear said. 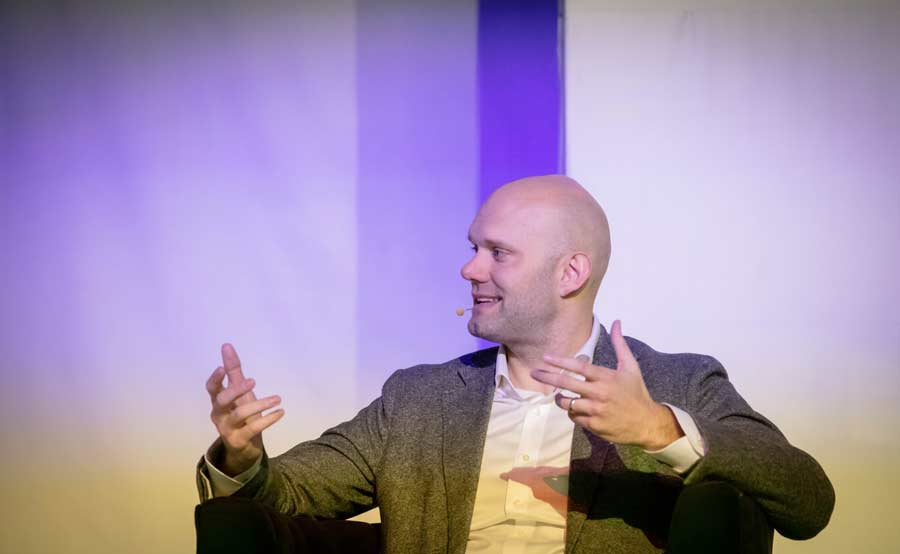 Finally, James Clear suggested that when you know what stage or period of your business or life you are in, you begin to change habits using the 2-minute rule.

“Define the habit you want to adopt that takes only 2 minutes or less. It’s just about taking the first step,” said the speaker.

The 2-minute rule proposed by James in his book Atomic Habits consists of creating new habits from small actions. For example, if you want to read more, try reading a page every day, or walking a little if you want to improve your physique.

“You need to learn more, but often the best way to learn is to start over. So slow down, take the first step, and then from there you can go to the next level,” he explained.

“Define the habit you want to adopt that takes only 2 minutes or less. It’s just about taking the first step.”

Tecnológico de Monterrey’s INCmty is the largest entrepreneurship festival in Latin America and is celebrating its tenth anniversary this year.

“During these 10 years, INCmty has planted a seed of character and entrepreneurial spirit in many people. I’m sure that it’ll continue to transform lives,” said Rogelio de los Santos, President of INCmty.

This year, the festival is back to a face-to-face format and is being held from November 15 to 17 at Cintermex, in Monterrey.

This year, it included more than 100 speakers such as Jay Shetty, James Clear, Alina Morse, Penny Locaso, and Simon Mainwaring, among other national and international speakers, as well as 200 networking moments and investment opportunities.

The bionic arm startup which seeks to empower its users

Preserving Mayan backstrap weaving in Chiapas: how Tec got involved