Faculty of Excellence: attracting global leaders to teach at Tec

There are now 15 global experts in various fields of knowledge who have joined the Tec as part of this initiative.

Tec de Monterrey has begun bringing together world-renowned leaders as part of its Faculty of Excellence initiative, to form part of the institution’s educational work.

This initiative aims to bring together 100 international professors to enhance the student learning experience and promote international collaboration, innovation, diversity, and multidisciplinary research.

“We’re inviting them (the professors) to inspire our faculty and our students and encourage them to create an impact together. I hope that in 5 or 10 years we will look back and be proud of what has been done.

“Together, we are trying to build the future of not just the university, but of this country and Latin America, to make an international impact,” said David Garza, Rector and Executive President of the Tec.

In recent days, those who have already joined the Faculty of Excellence went to the Tec’s Monterrey campus to learn more about the institution, its strategic projects, and to build synergy.

CONECTA presents the first global leaders to form part of this initiative:

Raj Sisodia is founder of the Conscious Capitalism movement, which is based on a paradigm shift in business.

This movement prioritizes the search for purpose and the wellbeing of a company’s employees and customers instead of just the chase for profit.

He has written numerous books and articles on the subject and is an international business consultant and professor at Babson College, as well being the Founding Director of the Center for Marketing Technology at Bentley University.

Marc J. Madou has been a Distinguished Professor at the University of California, Irvine and the Materials Research Center at Ohio State University, and Director of the NSF Center for Industrial Sensors and Measurements.

Madou is one of the world’s most renowned researchers in nanotechnology and micro- and nano-electromechanical systems and their applications.

Some of these applications can play a part in areas ranging from health by measuring blood glucose to industrial assembly without applying external force.

Colombian-born Alejandro Echeverri has used architecture to design cities that drive social transformation and has also worked with Tec de Monterrey on initiatives such as Distrito Tec, an urban and social regeneration project.

Echeverri is co-founder and Director of the URBAM Center for Urban and Environmental Studies at EAFIT University in Medellín, and has worked on improving impoverished neighborhoods in Medellín together with former Mayor Sergio Fajardo.

A Virginia Tech gradate, Dhruv Grewal was named one of The World’s Most Influential Scientific Minds by media conglomerate Thomson Reuters, and has a career focused on both online and offline marketing.

With over 120 publications in specialized marketing magazines, Grewal was recognized by the American Marketing Association and is the author of several books, as well as currently serving on numerous editorial review boards for specialized publications.

With 18 patents over the course of his career and a career in logistics, technology, and mathematics, Cipriano Santos seeks to change the world through technological applications for human resource optimization and management.

At Hewlett-Packard, Santos collaborated with Robert Tarjan, one of the world’s most renowned computer scientists.

At Tec de Monterrey, he is leading an effort to transfer and deploy research on machine learning, optimization, and other areas at regional and international companies.

Howard Anderson has stood out in the field of business, entrepreneurship, and investments, as a Distinguished Lecturer at universities such as the Massachusetts Institute of Technology and Harvard University, as well as writing for Forbes and The Wall Street Journal, among other media.

He was Founder and President of The Yankee Group, a high-tech research firm featured in Inc.500, which ranks the most successful companies in the United States. 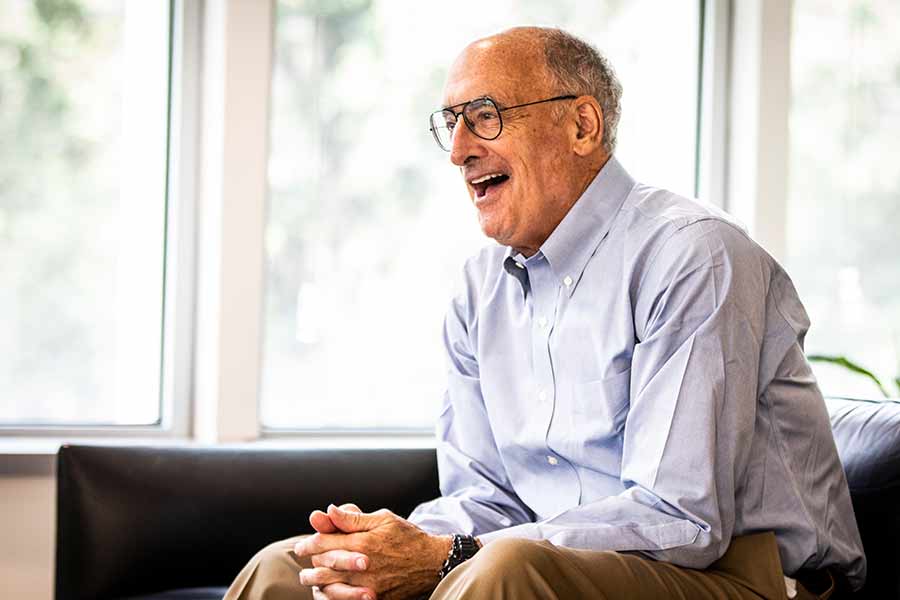 Ana Elena Mallet has collaborated as an art curator and is also the first Latin American woman to be a member of the Acquisitions Committee at the Museum of Modern Art in New York, one of the most prestigious in the world.

She has collaborated with cultural centers such as the Museum of Contemporary Art in Mexico City, where she put together the first-ever public Mexican Design collection.

She has also held various positions at Museo Tamayo, MARCO, Soumaya, the Art Institute of Chicago, the International Museum of Modest Arts in France, the Los Angeles County Museum, and at Craft Contemporary, to name a few.

Spanish-born professor Francisco Falcone has excelled in studying smart cities that integrate technology and processes to improve aspects of citizens’ lives such as health and transportation.

He is also a telecommunications engineer and has worked with companies such as Telefónica in Spain and Siemens.

Falcone is also Head of the Institute for Smart Cities at the Public University of Navarre.

Sillard is a Professor and Director of the Center for Sustainable Leadership at Luiss Business School in Rome, Italy, where he has worked on topics such as leadership, emotion management, communication, work quality, and organizations.

Throughout his career, he has coached directors and leaders of international organizations such as Disney, IBM, and General Electric.

He has collaborated with universities such as the John F. Kennedy School of Government at Harvard University, Stanford University Law School, University of California at Berkeley, and Georgetown Business School.

Manish is one of the most prominent and internationally recognized researchers in the field of sustainability and environmental sciences and has worked on the issue of contaminants in wastewater and their social impact.

He has been a professor at universities in India and the United States and has collaborated with universities in South Korea and Sweden, featuring in the list of the world’s top 2% of researchers by Stanford University.

Over his career, he has studied behavioral economics, data science, consumer judgment, as well as decision making and the neuroscience behind it.

Part of his work is to research the consumer behavior process and how it affects social relationships, and his work has been cited more than 4,000 times on Google Scholar and published in leading international scientific journals. 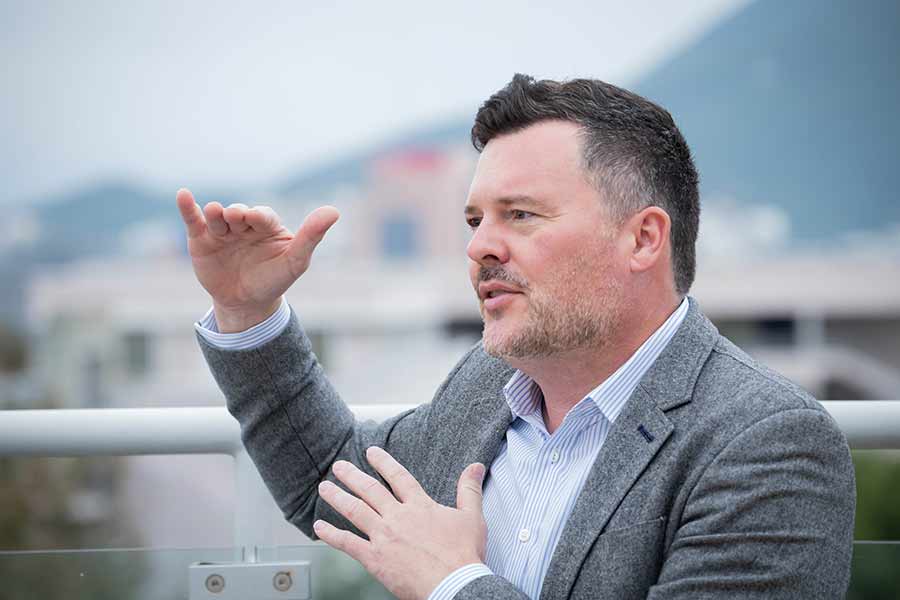 Dr. Per-Olof Berggren’s work has led him to academic appointments at leading universities in South Korea, Singapore, the UK, and Italy, among other places.

Berggren has excelled in cell biology, experimental endocrinology, metabolism, and diabetes research, with the latter being an area where he is working on new ways to prevent and treat pancreatic cells.

Dr. Berggren is a member of EMBO, the American Academy of Arts and Sciences, the National Academy of Medicine (U.S.A.), The Royal Swedish Academy of Sciences Class VII, and the Nobel Assembly at Karolinska Institutet, among others.

For 50 years, Allan Tucker has stood out in the music industry as a producer of more than 3,500 albums and his work has been nominated for a Grammy 26 times, winning 6 of them for collaborations with Metallica, Kiss, and Earth Wind & Fire, among others.

Allan is also an Adjunct Professor at the New York University Steinhart School, Chief Engineer and Founder of TuckerSound, as well as Dean of Education at Sonic Studio LLC in California, and a pioneer in the field of music restoration.

As part of his research, Oliver Schilke, who has collaborated on projects funded by the US National Science Foundation as well as the German Research Foundation, looks into how companies change from within.

Schilke is a professor at universities in Arizona, Los Angeles, Munich, and the EGADE Business School at Tec de Monterrey, which is focused on researching organizations, their processes, and how they influence their success and innovation. 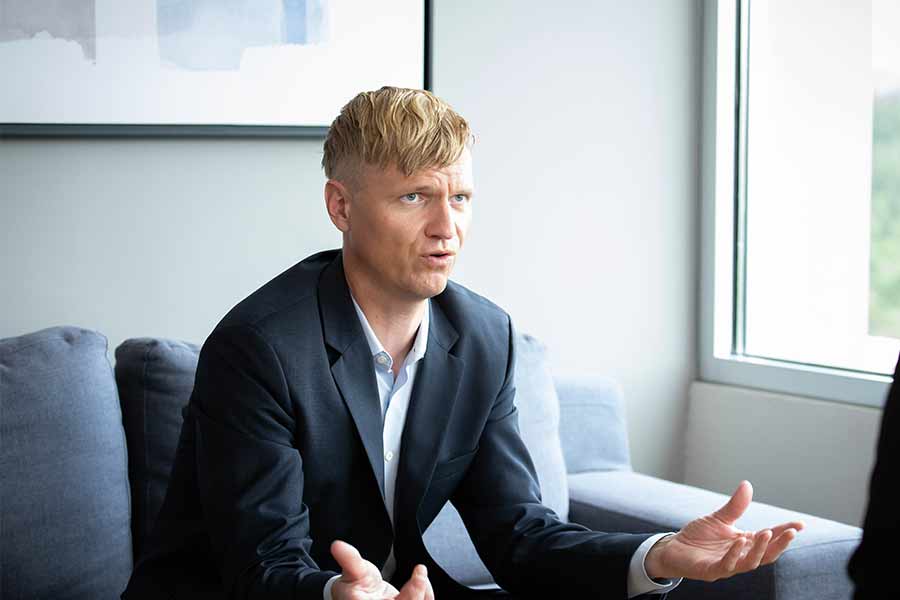 Frank Loge: the expert view on taking care of the planet

Frank Loge is a Professor at the Department of Civil and Environmental Engineering, Director of the Center for Water Energy Efficiency, and a member of the Secure Research Commuting Environment at the University of California Davis.

His research is focused on sustainability, specifically on water, waste, and built environment systems, as well as their impact on health and energy.

Faculty of Excellence: why is this an impactful initiative for the Tec?

The Faculty of Excellence initiative aims to bring together 100 global leaders by 2026 and integrate them as professors and as part of certain specialized centers.

Ignacio de la Vega, Executive Vice Rector for Academic Affairs, Faculty, and Internationalization at the Tec, pointed out that this initiative seeks global leaders to enhance the teaching and learning experience.

“We are looking for exceptional men and women to join the faculty of impact that we already have.

“They are leaders in their disciplines, with highly significant academic credentials and an understanding of the world’s challenges,” said De La Vega during the initiative’s presentation.

These professors will be integrated into one of the 6 Tec de Monterrey schools: Business; Art, Architecture, and Design; Engineering and Science; Education and Humanities; Social Sciences and Government; and Medicine and Health Sciences.

These top leaders are expected to contribute to the generation of knowledge; lead high-impact projects; and inspire and enhance the experience of students, faculty, and the Tec community at large.

The professor who found wings in mathematics