As the sun went down in Pamplona, Spain, a boy was entertaining himself by taking calculators apart. With his inseparable multimeter, which belonged to his father, he watched how the needle moved to check that their batteries were working perfectly.

Playing with that multimeter was how Francisco Falcone spent his childhood afternoons, which was just a hint of what he would dedicate himself to over the years.

Today, the Distinguished Visiting Professor at Tec de Monterrey’s School of Engineering and Sciences faces research challenges on how to connect the electrical, transportation, health, and other systems of the cities of the future.

However, at the end of high school, there was a crucial moment when he had to decide what he was going to dedicate his life to.

He had two options: either move to Zaragoza to study Physics, which was what he was passionate about at the time, or stay in Pamplona to enter the School of Telecommunications Engineering. 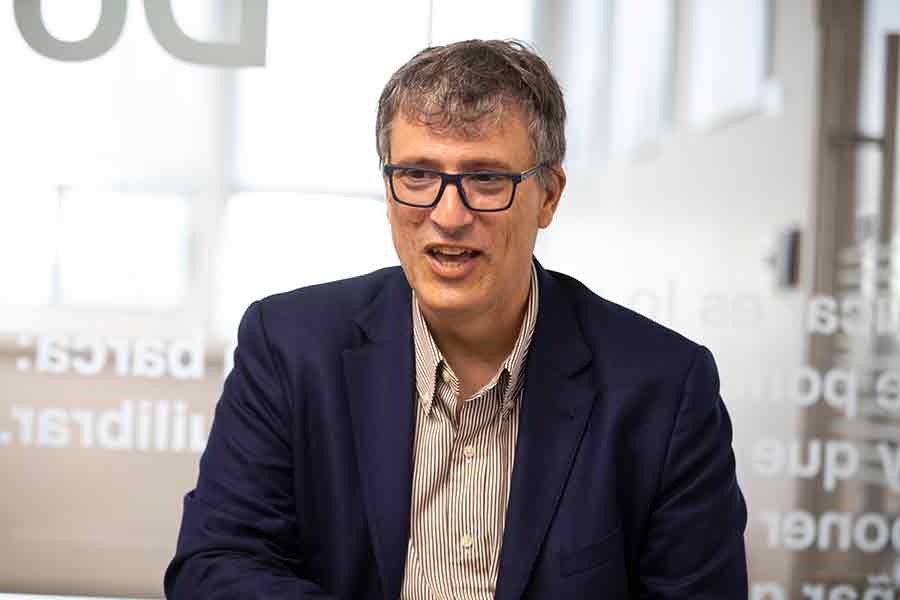 Serendipity led him to his vocation

His father, who was Italian, had passed away when he was 11 years old. All that he had left of him were his memories of those afternoons playing with his father’s tools from his electrical work.

He debated whether to stay in Pamplona or go to Zaragoza 170 kilometers away, an amount that seemed as large or small as the distance the multimeter needle traveled when he was testing batteries as a kid.

Falcone says that finding his passion was “serendipity.” Having chosen to stay in Pamplona solely for logistical reasons because it was more convenient for him to have his family close by, it wasn’t until halfway through his degree that he realized those childhood afternoons of play were echoing in his memory.

“I found it. I came to terms with my vocation halfway through my degree and said to myself, ‘I love what I’m studying,’” he says.

A reality check: studying and looking for a job

When Falcone, now an expert professor on telecommunications, finished his studies, he faced another reality check. He was told he could not stay at the university and work there.

“My thesis director told me truthfully that I couldn’t stay. I went to cry in a corner and then got a job as a microwave commissioning engineer at Siemens,” Falcone recalls with a smile.

After that first job, Francisco then worked as a radio network engineer at Spanish company Telefónica, but he used his free time to finish his doctoral thesis.

“Then, once I began my new studies at the university, I was advised to change my research field because it was too common and I wouldn’t be able to carve out a niche for myself,” Falcone notes.

His mission: Identifying problems and solving them

Falcone is also a professor in the Department of Electrical, Electronic, and Communications Engineering at the Public University of Navarre (UPNA), where he is Director of the Institute for Smart Cities.

He has participated in 38 regional, national, and international projects and 43 industrial research contracts.

His goal, just like when he was a kid with that multimeter, is to identify problems and try to solve them.

“That’s what we’ll very ambitiously and humbly try to do. Identify issues, create multidisciplinary work teams, and collaborate with them,” says Falcone.

In his career, Falcone has been awarded with: 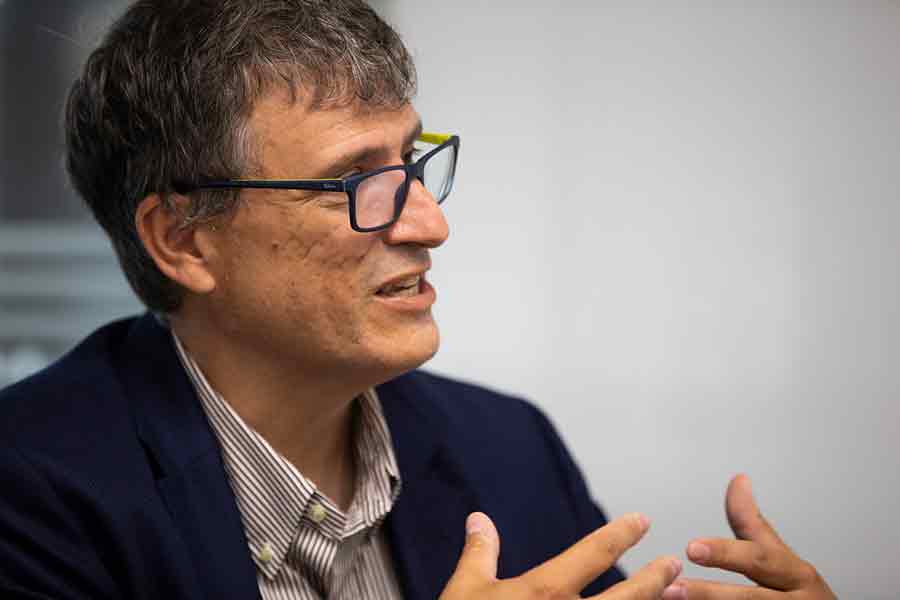 Choosing to attend conferences or work during his vacations

Finding his passion would be just the first step on a path that would lead him to many professional rewards, but also to sacrificing time with his family, turning days off into workdays, and even having to start over a few times, but Francisco wanted to use technology to help people and had found a way to do it.

The professor points out that it was a complicated time, as he did his thesis while he was working and having children in the process.

“At the university, I was seen as ‘that guy’ who would turn up every now and then, and in the company, I was seen as an oddball who used his vacations to go to conferences.

“That was a stage I honestly wouldn’t be able to repeat now. It was growth, and if I was able to do it, it was because I was with people who had a big impact on me,” says Falcone.

His passion: Making connections for a better world

Falcone explains what he is passionate about: the connections that are becoming more and more common through technology, in cellphones, Wi-Fi, the sensors used in devices such as smartwatches, and even smart city power grids.

“In principle, my scope of work is wireless communications systems, which may sound a little strange, but it’s very much an everyday thing.

“This is technology to improve processes such as smart transportation, agriculture, and healthcare systems. It’s an interactive environment designed to be more sustainable and to improve people’s quality of life,” he says. 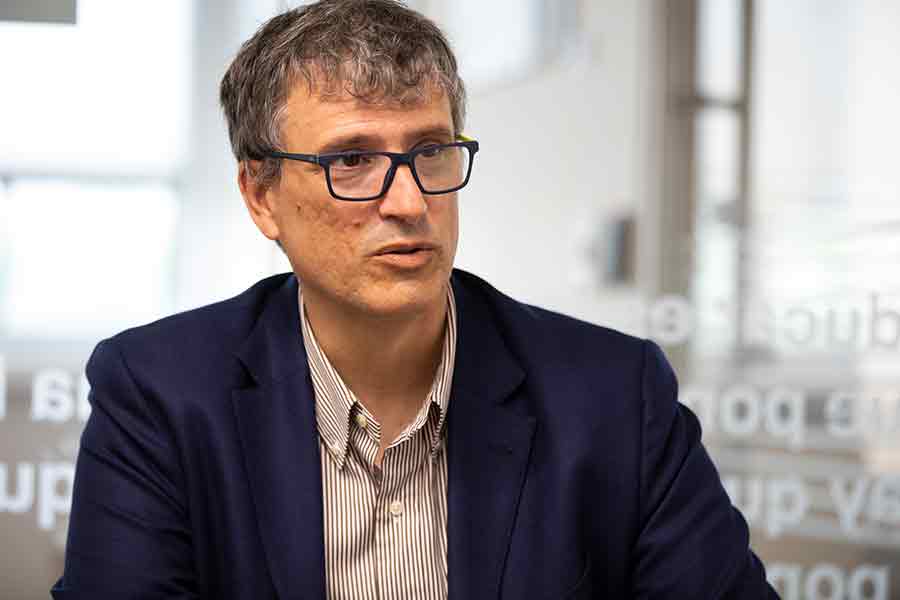 Starting over after years of work led Francisco to closely study a subject that, without him knowing it, would become his gateway to Tec de Monterrey, a university 8,750 kilometers away from Pamplona.

“That (doctoral thesis) topic is the one that brought me to Tec de Monterrey,” he says with a smile.

It was about a city where traffic lights are controlled by sensors that detect traffic, a power grid that distributes electricity as needed to a city, or a medical system that detects a person’s fall and prepares everything needed for the ambulance’s departure and the patient’s arrival at the hospital.

Falcone’s work both at the Public University of Navarre and at Tec de Monterrey focuses on this area, which deals with the use of technology and connected devices not only to improve people’s quality of life but also to make a city more efficient and more sustainable.

“This sounds like science fiction, but these are things that are already happening. For this to become reality, there are a lot of things that need to communicate with each other, but that excites me because it means there’s a lot of work to be done.”

Falcone comes to the Tec as part of the Faculty of Excellence initiative, which is dedicated to bringing extraordinary, world-renowned professors with distinguished experience and remarkable ideas.

These professors will contribute to generating knowledge and leading projects that will inspire people and enhance the experience of students, faculty, and the community at large.

“We can apply this to issues to improve people’s quality of life. This is what I want to do. That isn’t so much, is it?” 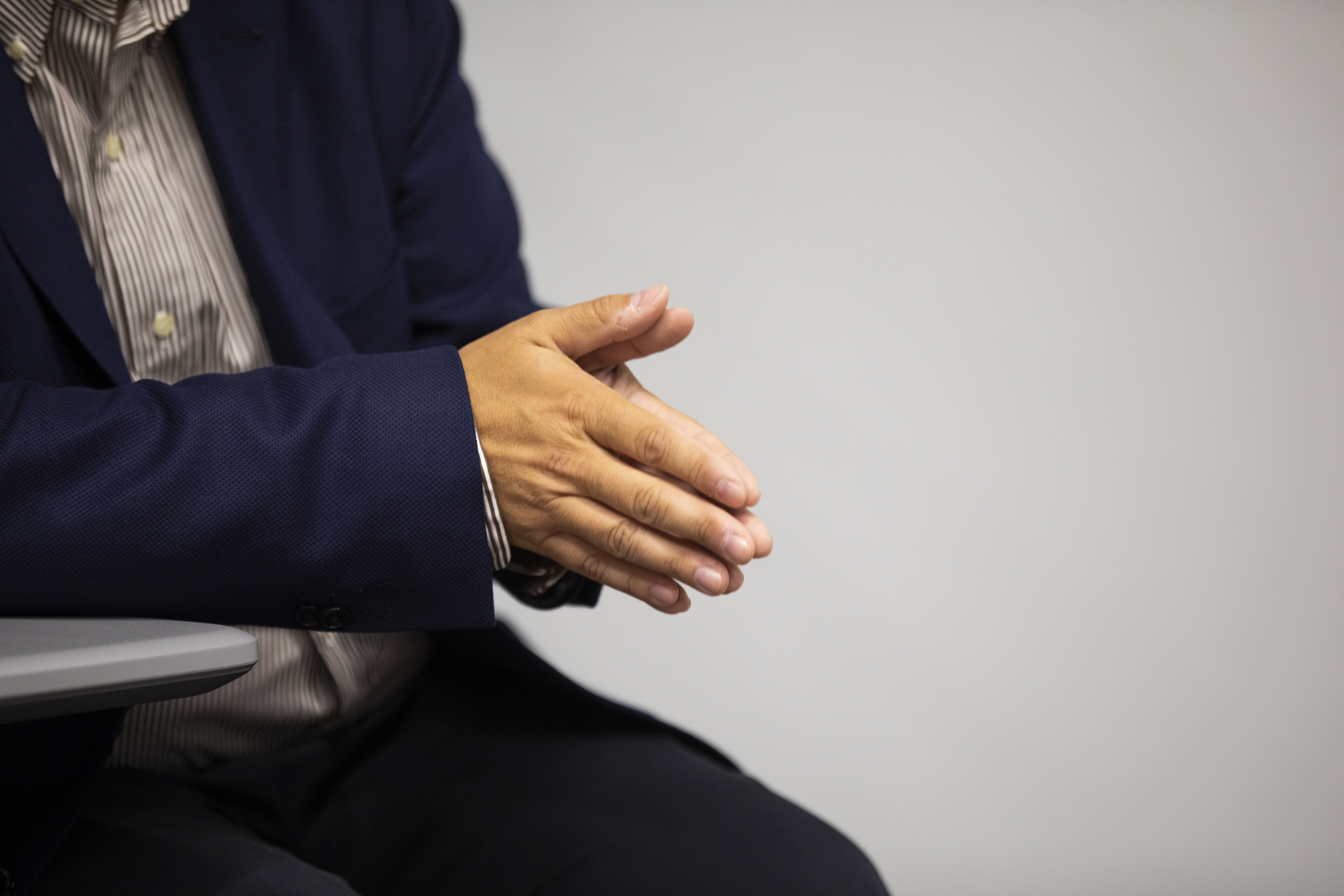 As part of his work at the Tec, he will seek to apply this technology mainly to projects that the institution is already working on, such as DistritoTec, an initiative for urban improvement in the area surrounding the Monterrey campus.

“I was talking with the rector (David Garza), and he explained to me what DistritoTec is. By definition, it’s an initiative that can be included within the concept of a smart city, so we’ll be identifying what people need there.

Francisco also points out that students will have the opportunity to learn by solving real-world problems based on the Tec model that prioritizes challenge-based learning.

“We can apply all of this to issues to improve people’s quality of life. This is what I want to do. That isn’t so much, is it?” Falcone concludes.

From entrepreneur in Slovakia to distinguished professor at the Tec