US Ambassador sees future with Mexico in education and development

Tec de Monterrey has received Ken Salazar, United States ambassador to Mexico, for a conversation with José Antonio Fernández, chairman of the board at the Tec.
By Asael Villanueva | CONECTA NATIONAL NEWS DESK - 12/08/2021 Photo Alejandro Salazar

“My mission as ambassador is to acknowledge the common history (between both countries) and to see ourselves together in the same vision.”

These were the words of Ken Salazar, United States ambassador to Mexico, during a conversation with José Antonio Fernández, chairman of the board at the Tec, in the auditorium of the library at the Monterrey campus,

“There is an opportunity to build relations (between Mexico and the United States). Unity in terms of education, technology, and development,” Salazar said to students who attended this event.

The US diplomat visited Tec de Monterrey on December 7 to strengthen bilateral relations between the two countries.

The diplomat aims to increase student exchanges between Tec de Monterrey and his country.

Salazar said that one of his goals is to share the greatness of Mexico in the United States, at the same time as strengthening relations between the two countries.

“It’s perhaps the greatest goal I have: that Mexico is known for its greatness, people, and culture, and that Mexico gets to know the United States,” he said.

Salazar says that although Mexicans have been stereotyped for some years in his country, the current government’s position is one of openness and collaboration. 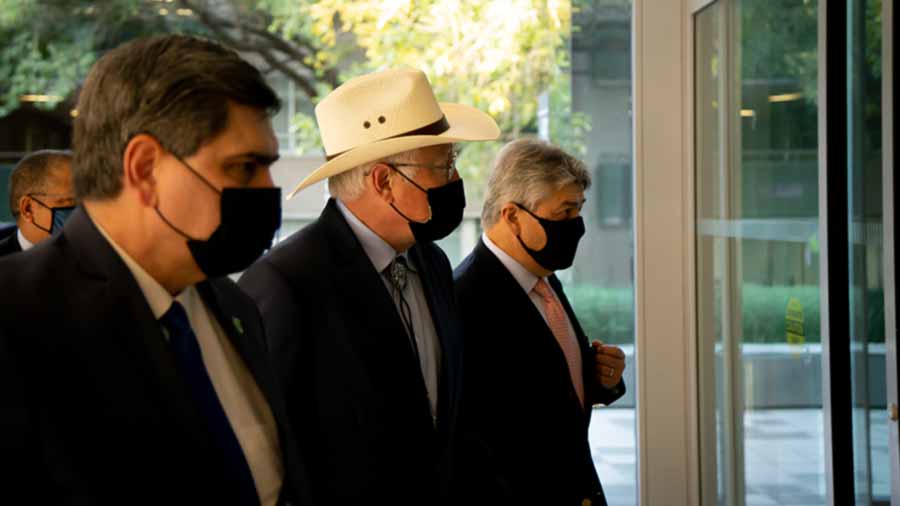 During the conversation, Salazar said that joint work will be sought between the three countries to face challenges such as migration, the pandemic, climate change, as well as a trilateral development.

“The two presidents and the prime minister of Mexico, the United States and Canada, (respectively) are aware that they must tackle migration between the three nations.

“We need Mexicans to help build the United States, but we need humane treatment of migrants,” said the ambassador.

Some students also raised questions for Ambassador Salazar and Fernández.

These questions included topics such as the biggest challenges of being an ambassador, ways to attract investors, developing a new Silicon Valley, migration policies, and human rights.

“It’s perhaps the greatest goal I have: that Mexico is known for its greatness.” - Ken Salazar.

The Tec’s history: linked to the United States since its foundation

Fernández highlighted the relationship that has existed between the Tec and the United States since it was founded.

“Our founder was a graduate of MIT (Massachusetts Institute of Technology) and we were inspired by that great institution, with whom we have built a very productive partnership,” said Fernández.

He also recalled that Tec de Monterrey was the first university outside the United States to receive SACS (Southern Association of Colleges and Schools) accreditation 70 years ago.

What’s more, he highlighted that the Tec ranks number six in The Princeton Review of the best universities with undergraduate entrepreneurship programs - the only university outside the United States in this category.

At @TecdeMonterrey we are committed to continue building bridges of prosperity for our region through education, research, social impact and entrepreneurship. 🇺🇸 🇲🇽 pic.twitter.com/OJd1UWbqzy

“We aim to continue improving and we look forward to working closely with the ambassador and the embassy to achieve our goals,” said Fernández.

He also said that there is a willingness to cooperate with the embassy in solving problems as part of the Tec21 Model, in which learning is based on solving challenges in conjunction with training partners.

“You can count on the Tec for any research and information you may need from Mexico. We can challenge students and they will bring extremely valuable solutions,” added Fernández in his message to the ambassador.

During the visit, Salazar learned about some of the institution’s projects and initiatives in a meeting with David Garza, the Tec’s rector and executive president, along with university executives.

The diplomat took a tour on which he witnessed the hologram teacher project, in which a teacher can give classes through a two-dimensional holographic-type projection in real time.

Another initiative is DistritoTec, an urban project in which the Tec, together with municipal and state governments, worked on the development of the surrounding area of the Monterrey campus.

“We regenerated the entire district. There was desertion and insecurity, yet we’ve changed that within 10 years.

“Property value growth is much higher now, at 45%,” Fernández said.

Likewise, Garza shared part of the Tec’s history as well as some of the initiatives on which they have worked.

Strengthening research, attracting talent from both students and professors, educational innovation, entrepreneurship, and internationalization are some of the themes that Garza shared.

“Internationalization is part of our DNA. Every year, before the pandemic, more than 7,000 college-level students and 4,000 high school students went abroad.

Within the topic of research and innovation, David Garza pointed out that one of the projects in which they hope to receive support from the US embassy is inclusion within the “Texas Triangle.”

“We could be an important point for economic development, innovation and research, and the attraction of talent. We’re doing our bit,” Garza said. 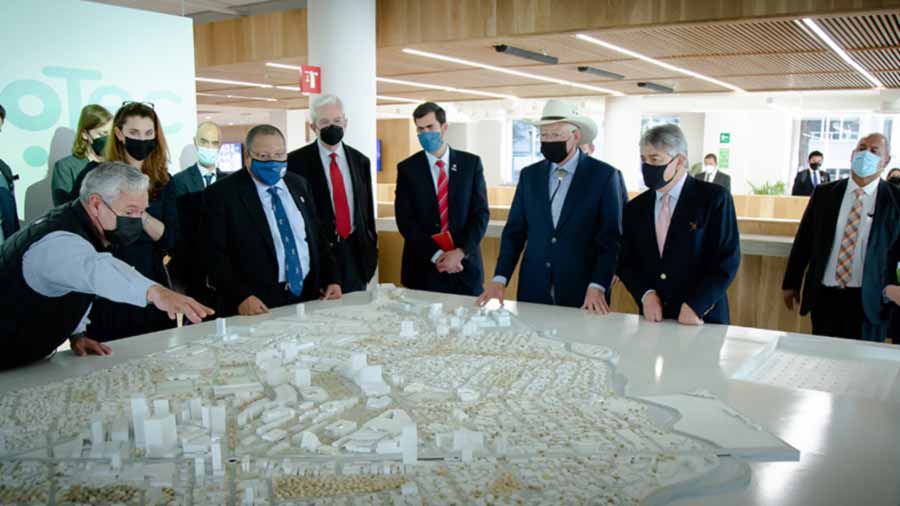 Ken Salazar was sworn in as Ambassador of the United States of America to Mexico on August 26, 2021.

In 2009, President Barack Obama appointed him Secretary of the Interior, where he spearheaded efforts on energy, climate, and the national conservation agenda.

Ambassador Salazar and his family have dedicated themselves to raising livestock in New Mexico and Colorado.