The presentation of both spaces was held during the 8th annual International Conference on Educational Innovation in 2021.
By Asael Villanueva | CONECTA National News Desk - 12/16/2021 Photo Udell Jiménez

A space to experiment with subjects in real life and a space to provide real data on education for researchers are now part of the Institute for the Future of Education initiatives at Tecnológico de Monterrey.

Both projects were presented by Héctor Ceballos, Director of Living Lab and Data Hub.

“The main objective is to do experimental research within the Tec. We have two components: the Living Lab, which is a co-creation environment, and the Data Hub, which aims to provide researchers with information,” said Ceballos

The presentation was at the panel “Adoption of learning analytics in Latin America: Opportunities and Barriers,” held during the 8th annual International Conference on Educational Innovation (CIIE) at the Tec. 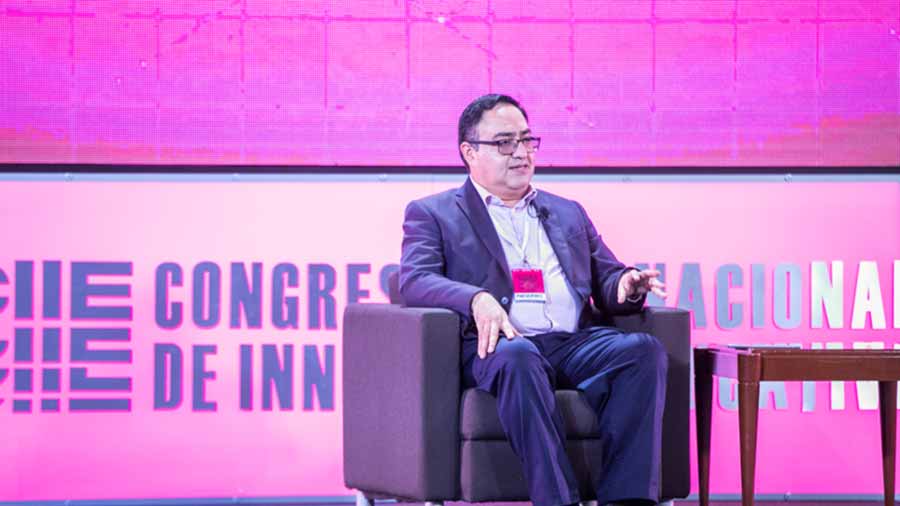 During the presentation, Ceballos explained that the Living Lab is a space and an open-source platform that aims to integrate the work of researchers, companies, teachers, and students.

One of the Living Lab goals is to conduct real-life research and measure its impact.

Ceballos says that the objective of the Living Lab is to articulate experimentation in terms of data and educational technologies.

“We’ll have a panel of academics and experts on the subject that will support us to prepare the call, and we’ll create a space where researchers can interact.

“With the stage ready, people would come to make proposals and we’ll collect and provide the information for them so that everyone can do their research,” he said.

Meanwhile, the Data Hub is a repository of institutional data prepared, curated and anonymized to provide researchers with real information that’s helpful in investigating how students are learning.

This anonymous information has been taken from more than 500,000 students at undergraduate, graduate, and PrepaTec levels at Tec de Monterrey from around 41 campuses and high schools over the last 25 years.

Demographics, admission exams, academic history, scholarships, and dropout rates are part of the anonymous data mentioned by Ceballos that have been compiled in the Data Hub. 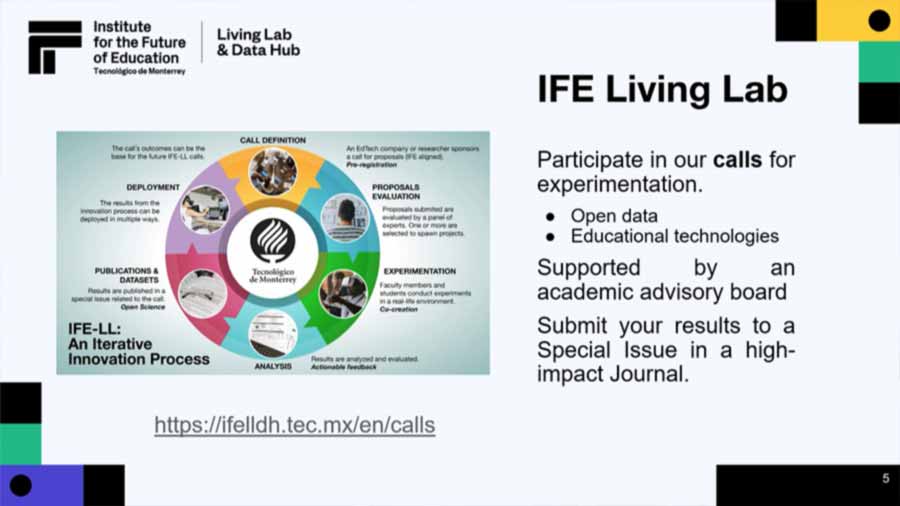 Already working on some projects

Similarly, the director invited companies that have technologies and want to test them en masse to come for the support of experts in the area who can evaluate their technology.

Ceballos said that the information is first allocated to researchers from Tec de Monterrey.

However, he points out that researchers from outside the institution who want to participate can forge partnerships with researchers from the Tec to develop joint projects and access this data.

Currently, they are already working on some projects, such as an analysis of school dropout rates using anonymous data from Tec de Monterrey to develop predictive models that can provide early warnings.

They are also working on a project to test and evaluate the use of remote laboratories that will be published between February and March 2022.

What’s more, they give monthly presentations on the challenges of education and technologies.

Ceballos says that in the future, they aim to develop projects related to Virtual Reality or Augmented Reality, virtual laboratories, and simulations, among others. 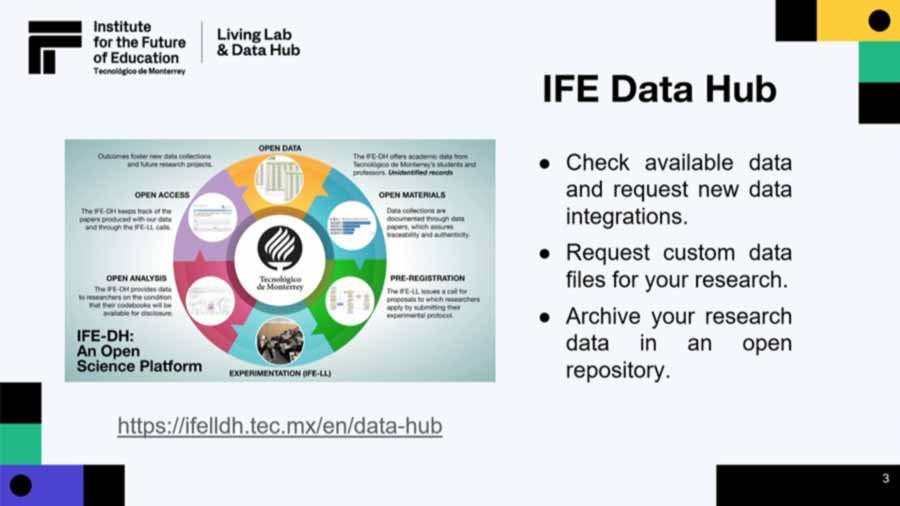 The panel on learning analytics in Latin America

The aim of the panel was to raise awareness regarding advances in the use of analytics within regional and global learning.

Those who participated were Claudia Camacho, Tec professor; Jorge Maldonado-Mahuad, associate professor at the University of Basins; and Nicholas Elton, uPlanner Business Development administrator, as well as Héctor Ceballos.

“Educational participants such as institutions, teachers, and the students themselves interpret, analyze, visualize, and execute data so that they can decide how to go about learning,” said Camacho.

Also, Maldonado claimed that the intention of using data in education is not only a tool but also aims to provide evidence to help improve educational processes.

“The solution isn’t in the design of the tool but in how we use the tool to help us mediate the learning process.

“So, decisions are made by the teacher and not by the computer. The software only helps us and supports us in these decisions,” said Maldonado. 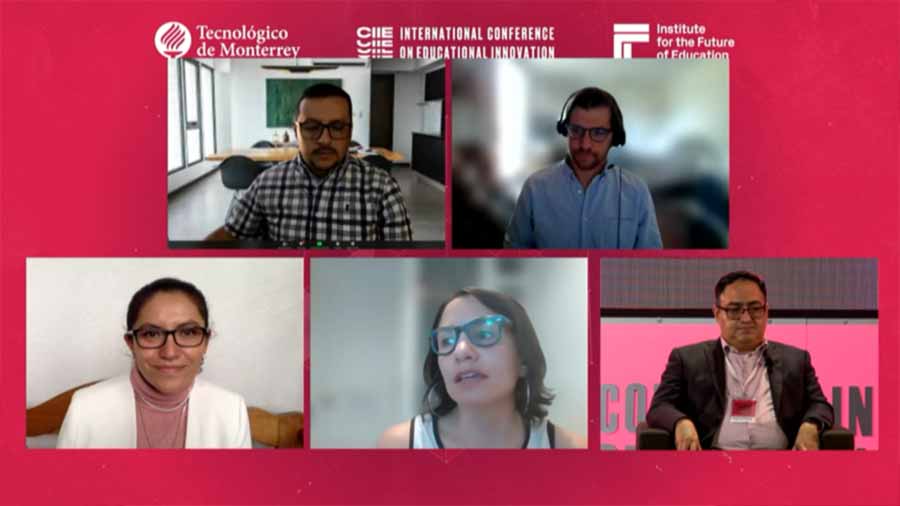 Challenges and goals of data use in Latin America

According to Camacho, seeing the paths taken by students participating in online courses and knowing how students interact with their peers and colleagues are some of the things that are important to know that can be found out through data.

However, Nicholas Elton says that one of the main challenges in the use of analytics within education in LATAM is the limited availability of databases and that most of them are still very basic.

“Mainly in Latin America. That makes collecting data difficult and projects are sometimes more about collecting these data rather than analyzing them.

“In other regions such as Europe or North America, it’s more advanced, but there’s still a gap in Latin America,” he said.

Similarly, Ceballos added that some universities still do not feel ready to use these data and that part of the work done by the DataHub and the Living Lab is to provide an opportunity to use these spaces.

“We’ll be sending out calls through the observatory and our website,” said Ceballos.

“In other regions such as Europe or North America, it’s more advanced, but there’s still a gap in Latin America.”

The event takes place annually. This time, it was held in a hybrid format for four days from December 13 to 16, 2021.

“(The CIIE) has established itself as an outstanding space for the meeting of professionals from different parts of the world... We involve everyone who shares the responsibility of creating the future of education,” said José Escamilla, director of the Tec’s Institute for the Future of Education.

This year, more than 5,000 attendees participated with the opportunity to listen to discussions and keynotes on education.