Mexican Alex Carrillo is on the shortlist of the Festival Di Cortometraggi Di Roma in Italy for an animated short film that he produced.
By Asael Villanueva | CONECTA National News Desk - 09/09/2021 Photo Alex Carrillo

As a child, Mexican Alex Carrillo watched animated movies and dreamed of directing one. Now, at the age of 22, an animated short film of his own is on the shortlist of a movie festival in Rome, Italy.

His animated short film “Express” has been selected by the Festival Di Cortometraggi Di Roma, after winning third place at Digital Short Film Fest 2021, an Adobe and Talent Network event.

Alex, an Animation and Digital Art student at Tec de Monterrey, was in charge of directing, illustrating, and animating the 2D short film whose story is inspired by his own career as an illustrator.

“The short film is about expressing what we want, no matter what it is. We shouldn’t be afraid to express our talents and show them,” says Carrillo.

This work can be added to his list of achievements, including having made a coloring book that was a bestseller on Amazon, as well as the exhibition of two of his illustrations in the digital Walt Disney Family Museum. 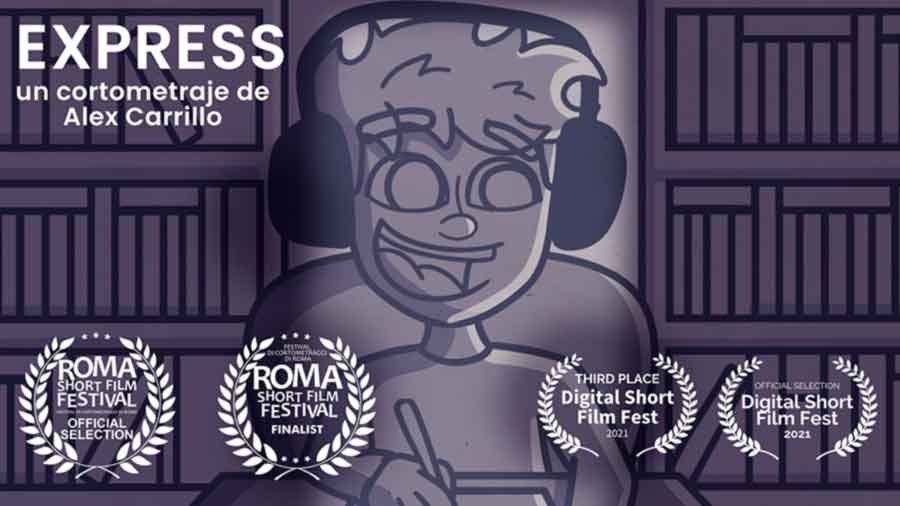 A short film inspired by his life

Alex shares that the story was inspired by his childhood dream of becoming an illustrator, designer, and even a producer of animated movies.

“Express” tells the story of an 18-year-old named Eddie Levy, who dreams of being a writer for his favorite editor’s magazine.

“Eddy is very afraid of expressing himself and showing the world his work, but when his favorite editor comes to his city, Eddie begins to write in a different way for the first time,” he says.

After sending it to festivals where he thought it could excel, Alex received an email saying that it had been selected as a finalist in the animation category of the Festival Di Cortometraggi Di Roma.

“One day, I woke up to the news that it had been selected for screening. The next day, they told me that it’s now on the shortlist,” Alex recalls.

“The short film is about expressing what we want, no matter what it is. We shouldn’t be afraid to express our talents and show them.”

Project born from a class he shouldn’t have taken

The short film began as part of a class that Alex originally planned not to take but was forced to do so after the space for the class he wanted was filled.

“It was a project for a class that I shouldn’t have taken, which is called Media Production Narrative. I asked my teacher if I could make an animated short film. It was very difficult, but it was something I wanted to do,” says Alex.

At that time, Alex was also working on the projects for his book and the Walt Disney Family Museum illustrations, so he had only 2 days to do all the animation for the short film.

“I really liked doing it, but I only had two days to complete it. Because of the tight deadline, I added some things to make it look and sound better afterward.

“Then, three of my friends recorded the characters’ voices. They understood the feeling of the short film,” says Carrillo.

Now, he’s waiting for his movie to be released on a streaming platform in December 2021.

Winner of third place at another festival

Alex explains that this is his third short film and the second one that’s animated, but it’s the first one he has sent to international festivals.

“I participated in five festivals. The short film was selected in two of them. It was almost selected for a festival in Greece, but that didn’t happen,” says Alex.

Eventually, his short film won third place at Digital Short Film Fest 2021, which ran from May 13 to June 13.

This short film festival is held by Talent Network, a platform of professionals, together with Adobe, a company that designs audio, design, and photography programs, among others. 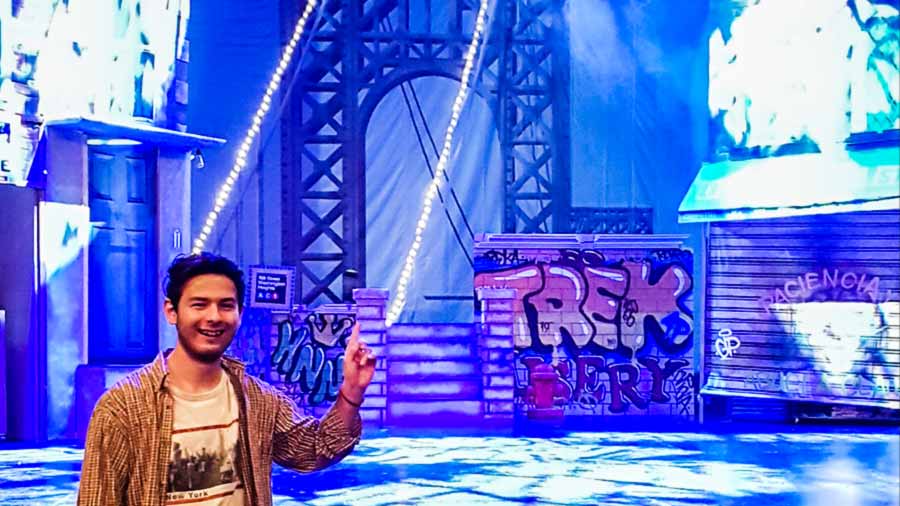 One step closer to reaching his dream

The young man says that with the arrival of his short film in Rome, he now feels closer to his childhood dream of becoming a producer of animated movies, but now for studios such as Pixar and Disney.

Alex, who hails from Saltillo, Coahuila, says that when he started his career as an illustrator, he faced various challenges such as people who told him it was difficult to make a living from art.

“That idea stuck with me for a long time but now I’m seeing people, not only from Saltillo but even people from Rome, who are motivated by my story. That’s something that I never imagined,” he says.

“I’m seeing people, not only from Saltillo, but even people from Rome, who are motivated by my story. That’s something I never imagined.”

Alex talks about how it feels to know that he’s now an inspiration to others.

“I never imagined that my story would motivate people: seniors who tell me they have started drawing because of me or moms who tell me that their children want to study what I do.

“To all the people who want to dedicate themselves to art, the best advice is to start. Hard work beats talent when talent doesn’t work hard. That’s the best advice I’ve received,” concludes Carrillo.

Trading tackles for expression through dance

Artists who shine! Highlights of Tec’s Festival of Arts & Culture

Will there be more freedom of expression on Twitter under Elon Musk?