The female patients who benefit from the robots are able to develop some physical skills that allow them to have an improved quality of life.
By Emanuel Varela | Mexico State Campus - 01/04/2022 Photo Shutterstock, Enrique Chong

This foundation assists women with learning disabilities at its two sites, one in the State of Mexico and the other in Mexico City. Patients include girls from the age of 12 to women over 70 years of age.

Fabiola Sánchez, a special education professor focusing on learning disabilities at the foundation, explains that the robot program provides physical therapy that helps patients maintain and even develop some of their abilities so they can have a better quality of life. 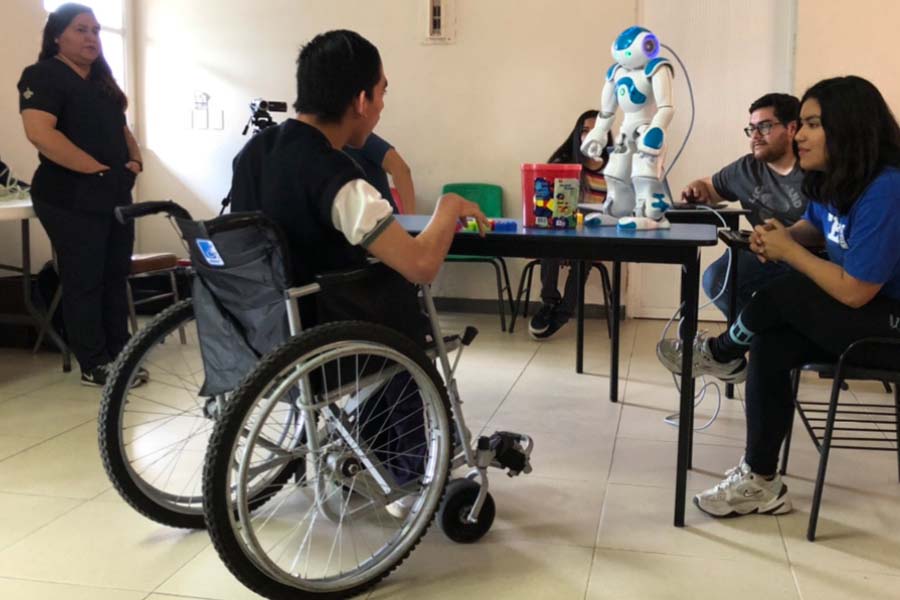 The development of the NAO robots began in 2004, and they were made available for academic and research purposes in 2008.

The NAO robots used in the therapies of the foundation’s patients are manufactured by ‘SoftBank Robotics.’

These robots are used in therapy for children in the United States and Europe.

“We started with one robot, Atom, then we added Itzel and Tesla, and the last one we acquired was Curie. They are all NAO robots, but we give each one a name.

“Interaction with patients becomes easier when each robot has a name and personality,” Edgar explained.

In the wake of the pandemic in 2020, professors Enrique and Edgar sought to continue the foundation’s physical therapy program with robots, doing so via remote computer interaction.

“Interaction with patients becomes easier when each robot has a name and personality.” - Edgar López 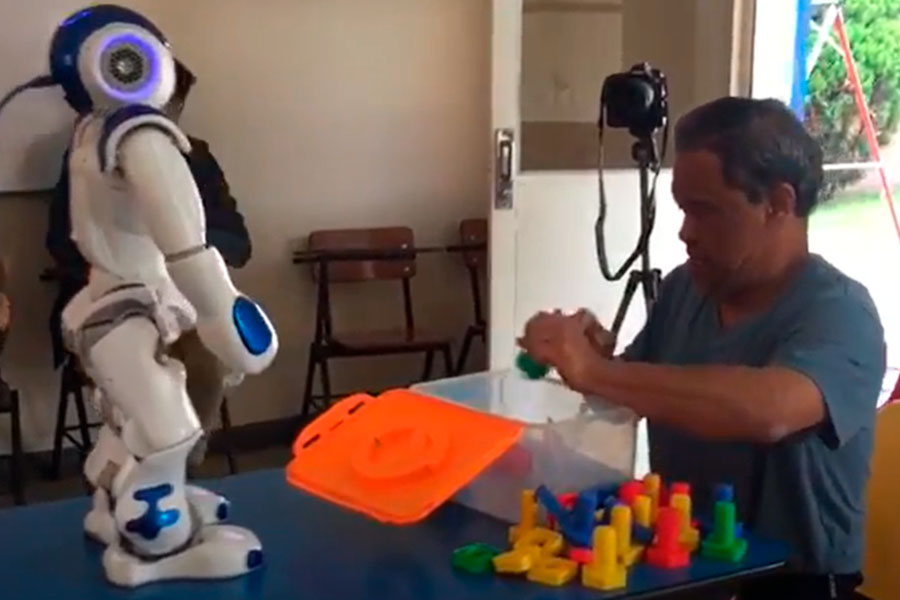 The challenge of distance therapy

Fabiola explains that it was a big challenge for the girls to be able to focus their attention on a screen.

“It was unusual for them to be able to take therapy using a computer. It was completely different, as they’re used to physical contact.

“The first thing was to get them to fix their attention on the computer. There’s a big difference between seeing the robot physically and on a screen. Eventually, the girls were able to pay attention and do the exercises with the support of our carers,” she explained.

Programming robots for therapies is done as part of students’ community service at the Mexico City campus. However, many students continue supporting the foundation after finishing their community service requirement.

“The students remain very involved in the cause. It’s not just a community service activity. Some continue to help the foundation in different ways. It provides great satisfaction to everyone”, said Fabiola.