The scientist investigating the healing properties of food

Dr. Janet Gutiérrez was recognized with a Rómulo Garza Award in the Insignia category, the most important one of these awards.
By Asael Villanueva | CONECTA National News Desk - 03/02/2022 Photo Udell Jiménez, Jorge Zanella

Janet Gutiérrez recalls visiting her grandmother in Jalisco, who taught her how to make cheese and jams with seasonal fruits. She regretted not being able to convince her to industrialize her products.

“From there on, I had the idea that there are foods in Mexico that aren’t used sufficiently by society. That’s also why I decided to study food engineering,” says Dr. Gutiérrez.

Moving to Nuevo León and studying Food Engineering at Tec de Monterrey would lead Janet to investigating food compounds that can be used for health purposes, amid the challenges of being a researcher in Mexico.

Nevertheless, this Tec researcher has been recognized with the Rómulo Garza Award for Research in 2022, adding to an award she received from the Mexican Academy of Sciences in 2020.

“This redoubles my commitment as a researcher at the Tec to having a significant impact on not only the number of patents, training, and graduate programs, but also on students,” says Gutiérrez. 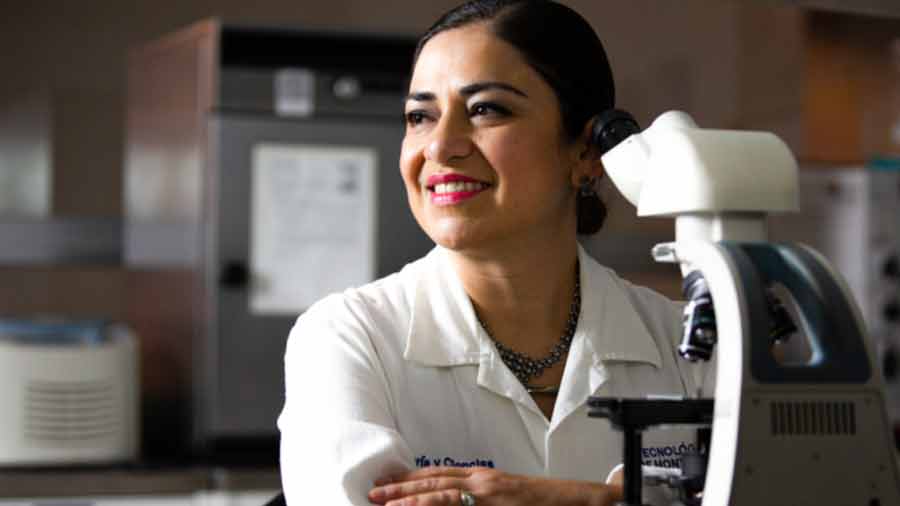 The second woman to win the Insignia Award

Dr. Gutiérrez was awarded the 2021 Rómulo Garza Award, the highest recognition given by Tec de Monterrey in partnership with Xignux, which recognizes research and innovation carried out by faculty and students at the Tec.

This makes her the second woman to win the Insignia prize, the most important category of the award, which was announced during the Tec’s 52nd Research and Development Conference.

“Today, I receive this award with great responsibility, as I hope to continue multiplying this passion for research and inviting many more young people on this journey,” says Gutiérrez.

The researcher has stood out in the food industry since graduating from that engineering program in 1999 and subsequently earning a Master of Science in Biotechnology and a PhD in Science, also from the Tec.

Her research includes validating active compounds in Mexican vegetables, such as corn, black beans, chili, and agave, as well as certain fruits, to endorse Mexican gastronomy, not for its flavor, but for its health benefits.

“Above all, receiving this type of recognition makes my students give their very best.”

Dr. Janet notes that she didn’t feel she had sufficient credentials to apply for the award for some time, but she did so after winning the Academy of Sciences Award in 2020 and becoming a Level 3 Researcher in the CONACYT National Research System.

“That gave me more confidence. I didn’t expect it to happen so soon and it’s such a surprise, but it’s the right time,” she says.

Her research has led to around 3,200 citations of her scientific articles, as well as having 33 graduate students and 19 patents with over 120 published articles.

“I see myself reflected in my students now that we’ve started classes, and I see that spark of wanting to change things and a hunger to do more and know more.

“That’s what the Rómulo Garza Award means to me, and it’s one of the reasons I took part: to tell them (young people) that they don’t have to wait 30 or 40 years to achieve great things if they’re disciplined, persistent, and have a clear goal.” 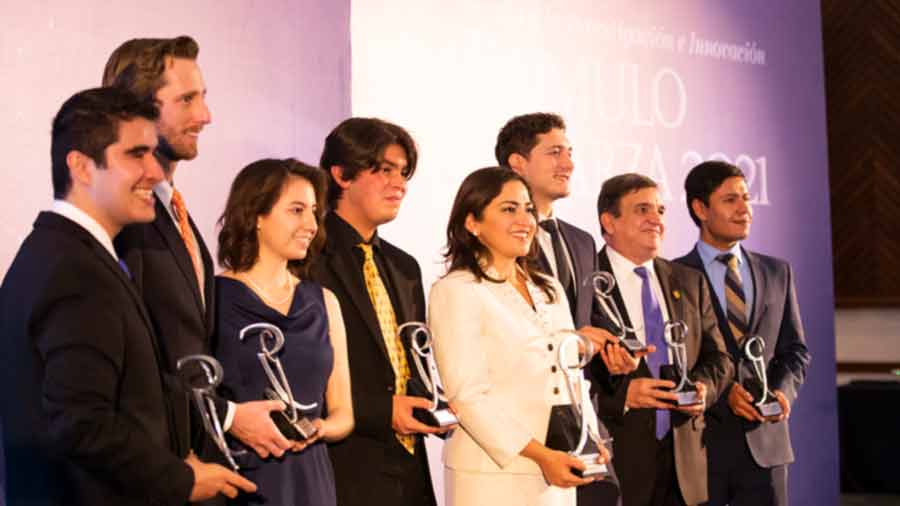 In the year 2000, Dr. Gutiérrez was reviewing scientific literature when she came across studies showing low rates of breast cancer in Japan, which was apparently related to soy intake, and she thought that something similar might be found in Mexico.

“I said to Dr. Sergio Serna (leader of the Nutriomics research group) that we might also have a highly consumed product that helps prevent cancer in Mexico.

“When we began to look at it, we noticed a lower incidence of breast cancer in the states of Mexico where there was a higher consumption of black beans. And that’s how we selected our raw material to begin the investigation.”

The findings of the research, which later included not only beans, but various other foods such as corn, chickpeas, nopal, and agave, have been very important and promising for the fight against cancer.

In animal laboratory tests, specialists have already achieved around a 40% reduction in cancerous tumors.

In 2017, the Mexican Association of Gastroenterology awarded her first place in the “Bernardo Sepúlveda” Award, for her research on combating colon cancer with black beans.

“I had the idea that there are foods in Mexico that aren’t used sufficiently by society.”

From entrepreneur to the Institute for Obesity Research.

When her time came to study for a degree, Janet knew she wanted to be an engineer, but she was also interested in entrepreneurship, so she didn’t know if she could find a way to combine them.

“When I lived in Jalisco, my grandmother wanted to teach me how to make cheese and jams. She didn’t want to industrialize them, but I did.”

Since that idea she got from her grandmother about the low utilization of nutrients in foods in Mexico, Janet started investigating ways to get the most out of them in technology-based startups.

The researcher would start on a path that would also include other Mexican vegetables, such as corn, chili, and agave, as well as certain fruits, together with an entrepreneur who turned a family business into an international one.

“Tequila is very popular, but so are mezcal, aguamiel, and mixiotes. They have an infinite number of compounds, uses, and functions that we hadn’t discovered.

“I have a special affection for that project because I left the laboratory to do it. Your work doesn’t end with publication, but with solving society’s problems. It was our first project working in the field collecting samples.”

Currently, she runs one of the 5 research units at the Institute for Obesity Research, that of Healthy Food.

At the same time, she says that she’s working with a few colleagues from Tec de Monterrey on a venture to do with active compounds.

“I hope to have inspired many young people to start new businesses. To have been a node from which these science-based startups are created, and for that to drive economic development in regions of Mexico.

“That’s what I’d like to be remembered for,” says Gutiérrez. 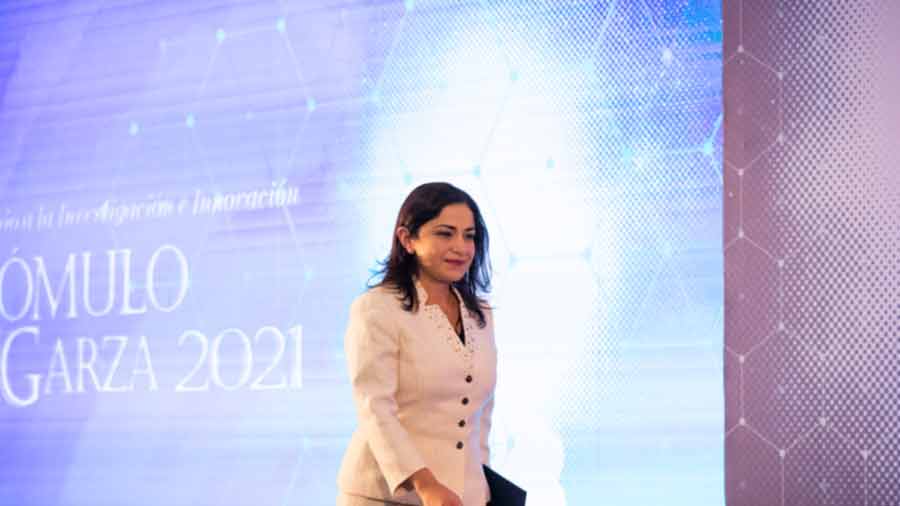 The challenges of being a researcher in Mexico

The scholar mentions one of the greatest challenges she’s faced while dedicating her life to research.

“Being able to find the balance between my personal and professional life, both as an individual and in terms of family and friends.

“I think that’s the part that you have to dedicate a few minutes a day to. Going over your to-do list and thinking about how you’re going to establish priorities. We come into this world to be happy, and it’s important to find that balance,” she says.

“I don’t think being a woman has favored or hindered me, but the truth is I never remain silent. Ever since I was a girl, I’ve always told it like it is.

“I would invite not just women, but everybody, to do that first of all: never stay silent,” she says.

However, she says that the path of a researcher is difficult, especially in countries like Mexico where financial support for research has recently been cut.

“Hopefully this won’t encourage a migration of talent. This brain drain has always occurred but reducing scholarships and research stays are actions that further limit young people.

“Fortunately, young people are increasingly aware of their role in transforming (Mexican) society,” she says.

Janet points out that being a research professor has provided her with rewarding moments, such as seeing her students’ achievements and successes.

“I have examples of young students who I thought couldn’t take it anymore during third or fourth semester. They had dark circles under their eyes and even frizzy hair from so much stress.

“You give them confidence, and then you see them 2 or 3 years later and they’re succeeding and on their way up. It’s most satisfying,” she concludes. 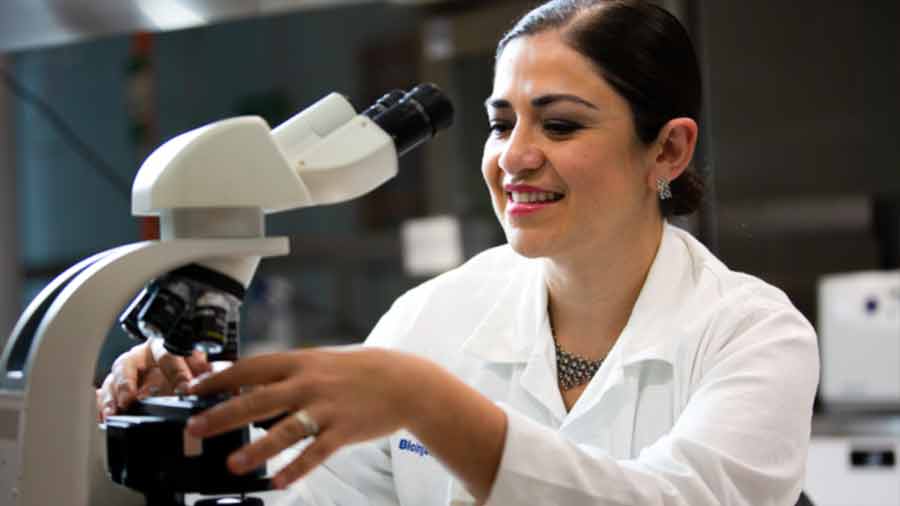