“Collaboration magnifies our capacities and voices. Only through collaboration will we achieve our climate goals,” said Inés Sáenz, Vice President for Inclusion, Social Impact, and Sustainability at Tec de Monterrey.

She said so at the United Nations Climate Change Conference in Glasgow, Scotland, when participating on a panel of global stakeholders at which she presented the work the Tec is doing for the environment.

The panel, “Together in the Decade of Delivery: How Collaboration Can Take Us from Commitment to Implementation,” included 8 representatives of organizations or governments from around the world who are working to tackle the climate crisis.

This panel was held on Tuesday, November 9, and was moderated by members of the organization Alliances for Climate Action (ACA) and organized by the U.S. Climate Action Center. 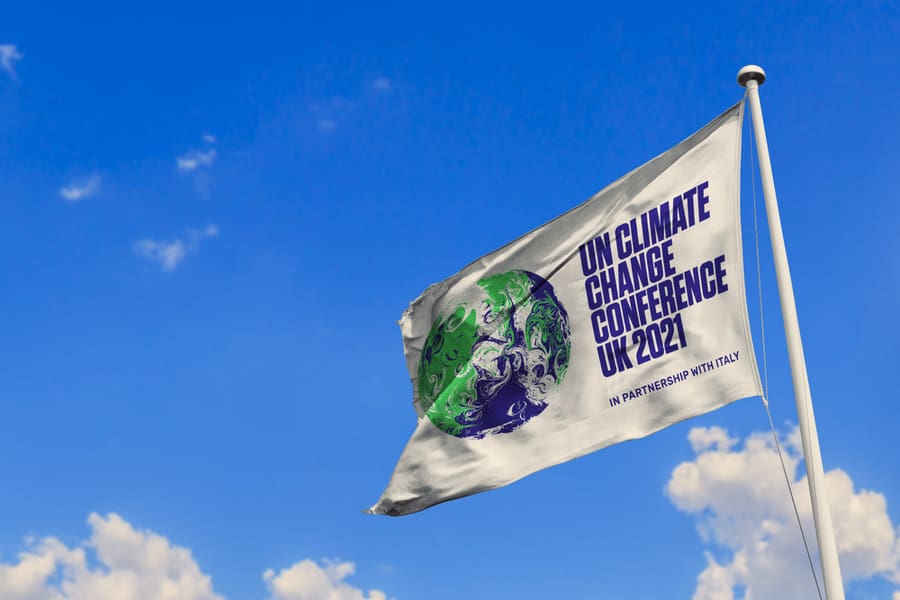 The Tec’s commitment to sustainability

Inés Sáenz shared at the conference that the Tec is firmly committed to the issue of climate crisis and is stepping up its efforts in this area.

“For decades, the Tec has engaged in climate action… but 2 years ago… we became a Race to Zero signatory, and we established our target of carbon neutrality by 2039 at the latest.”

“This past April, we launched an ambitious Sustainability and Climate Change Plan for 2025, aligned with the 1.5C goal of the Paris Agreement.”

Sáenz explained that the Tec plan includes 6 pillars and puts culture at the center to guide and boost the other 5: mitigation, adaptation, education, research, and outreach.

“Our commitment and ambition required this urgent matter to be led from the highest level of leadership. Just last year, we created this new Vice-presidency that reports directly to the University system’s President,” she added.

Sáenz, Vice President for Inclusion, Social Impact, and Sustainability, explained how the Tec is promoting adoption of the struggle against the climate crisis in society.

“As a university, we are our committed with climate action in various roles,” she said.

“Of course, in education and in our campuses’ operations, but also as a very proactive stakeholder to promote actions,” she added.

Sáenz said that the Tec, together with the ACA, had invited the government of Nuevo Léon and 4 municipalities (Monterrey, San Pedro, Santa Catarina, and San Nicolás) to participate. These have now joined the Race to Zero campaign to lower carbon emissions.

Speaking at the Glasgow conference, both the Governor of the State of Nuevo León, Samuel García, and the Mayor of Monterrey, Luis Donaldo Colosio, announced that their governments were joining the initiative.

“In Nuevo León, we’re going to work hard to neutralize the carbon that Nuevo León contributes to the planet,” said García on November 2.

For his part, Colosio, Mayor of Monterrey, announced at a press conference on November 8 that the city was joining Cities Race to Zero.

“As of now, I am declaring a state of climate emergency in the city of Monterrey, recognizing the urgency of acting to stop global warming.”

Tec teaming up with private enterprise and U.S. government for recycling

Sáenz also said that the Tec is inviting more universities and companies to join this cause.

What’s more, she mentioned that an inclusive recycling project is underway, which is jointly funded by Tec de Monterrey, the FEMSA Foundation, and the NOAA (U.S. National Oceanic and Atmospheric Administration).

This project will consist of an integrated program for recycling plastic and waste at garbage dumps in marginalized zones of the Monterrey metropolitan area.

In September, the project was awarded funding from the NOAA for preventing pollution in North America, it being the first time this organization had also recognized projects from Mexico and Canada.

Multinational dialog for the environment

The panel, which was moderated by leaders from the organization Alliances for Climate Action (ACA), included a total of 8 global stakeholders from institutions or governments taking action against the climate crisis.

Taking part alongside Tec V.P. Sáenz were Sergio Graf, Secretary of Environment and Territorial Development of the State of Jalisco, and Sarah Sutton, Director of Sustainable Museums in the United States.

There were also contributions from Huynh Thi Lan Huong, Deputy Director of the Vietnam Institute of Climate Change, and Kelly King, Chair of the Climate Action Committee in Maui, Hawaii.

Closing the panel were Florencia Mitchell, National Director of Climate Change in Argentina, and Michael Matheson, Secretary for Energy and Transport in Scotland.

The UN Climate Change Conference, also known as COP26, is being held from November 1 to 12 in Glasgow, Scotland.

COP is short for Conference of the Parties, referring to the 197 nations who signed the first convention in 1992.

This the 26th annual meeting.