The awards ceremony will be held next March 1 in an event with a hybrid format.
By José Longino Torres | CONECTA National News Desk - 01/18/2022 Photo Tec de Monterrey, COURTESY OF THE WINNERS

Tec de Monterrey has revealed the winners in nine different categories of its 2022 Mujer Tec Award, now in its tenth year.

“We’re happy to support them because we value their stories, their contributions, and how they’re transcending and transforming our different environments,” said the founder of this initiative, Professor Luz María Velázquez.

The selection was held from November 1 to 26 for students, graduates, faculty, staff, and directors of Tec de Monterrey, Tecmilenio, TecSalud ,and Sorteos Tec.

On March 1, 2022, the winners will receive their awards in a hybrid format event.

CONECTA presents the winners below, along with some of their main achievements:

1. María Gabriela Ortiz, an advocate for women in engineering and science

A chemical engineer who graduated from the Tec’s Ciudad Madero campus in 1992, she is the only woman at Tec de Monterrey to have run the Academic Department of Chemical Engineering.

She has also promoted the Xignux Challenge initiative to develop projects that benefit the environment, and the Women Mentoring in STEM Program, aimed at young women in high school education. 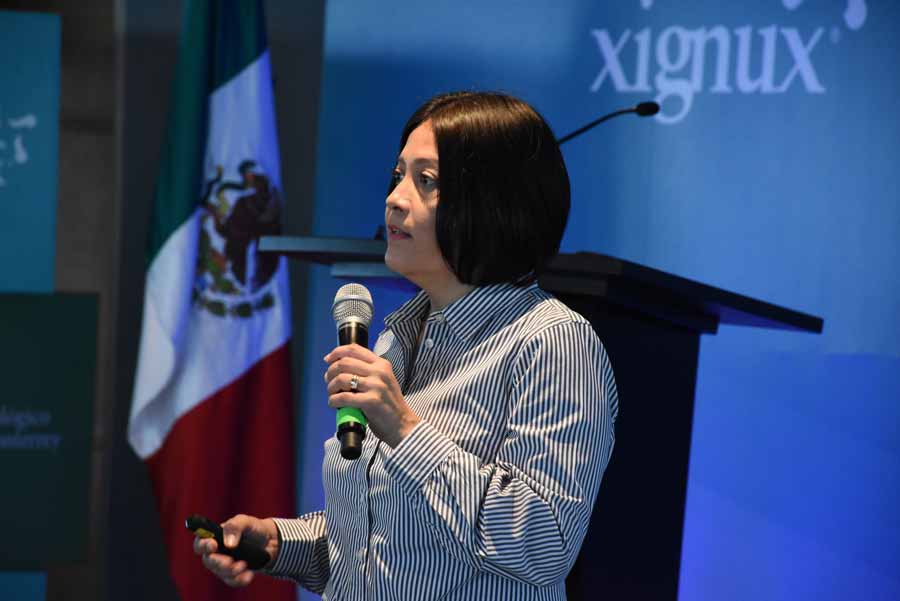 2. Thalía Alejandra Luján, an activist for the normalization of menstruation

A Tec International Business graduate, she is the creator of various projects that inform and empower girls and young women about the normalization of menstruation.

She organized the first Virtual Conference on Menstrual Education and Women’s Health and has given courses and lectures on the subject.

Also known as Migdalia Van Der Hoven, Migdalia Tamez Treviño is a UK-based jazz fusion drummer and artist for RTOM Corporation/Bosphorus Cymbals, who graduated in marketing from the Tec’s Monterrey campus and also from Berklee College of Music.

She is the first female Mexican drummer and Tec graduate to perform at venues such as the iconic Ronnie Scott’s Jazz Club, Cornbury Festival, Pizza Express Jazz Club, and the EFG London Jazz Festival 2021. Currently a distinguished national professor at Tecnológico de Monterrey in the School of Architecture, Art and Design, she is also an advisor, curator, and representative of new talent in the area of design and the arts both nationally and internationally.

She is the first Latin American woman invited to be a member of the Acquisitions Committee of the Department of Architecture and Design at New York’s Museum of Modern Art (MoMA).

Ana Elena has excelled in her research on the history of design in Mexico, as well as with her publications. As an art curator, she has received various international awards and recognitions. 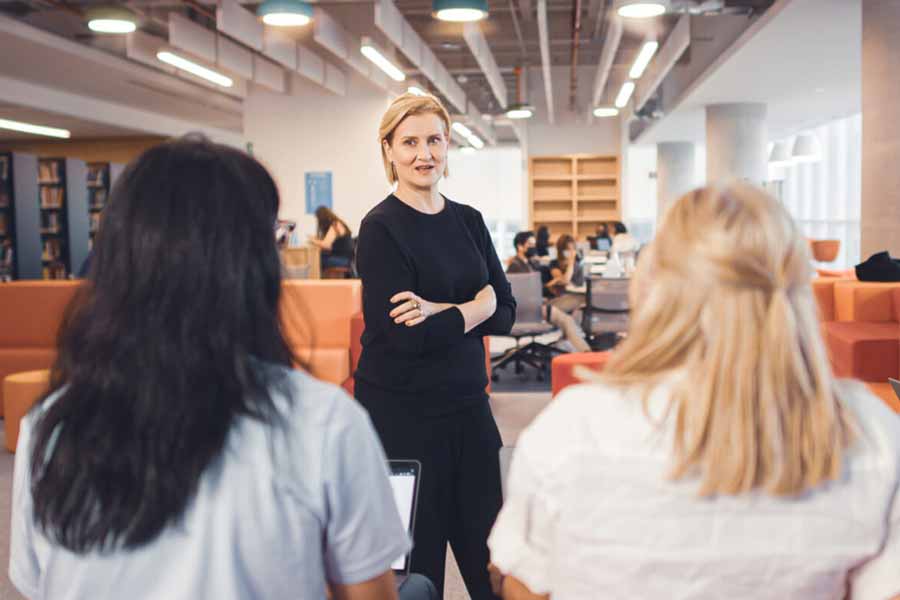 Academic Dean at Quest University, Professor at Thompson Rivers University, and Managing Partner at Global Trading & DS, Inc., she has been Casa Mexico Foundation’s Vancouver Director and served on the Board of the West Vancouver Chamber of Commerce as Director.

For over two decades, she has influenced the academic community at both regional and international levels in teaching, leadership, and research.

Halia has participated as a speaker in over 60 international conferences. She has authored more than 20 research publications for journals, book chapters and books in Mexico, Spain, Canada, Colombia, Venezuela, Pakistan, Cuba, United States, to name but a few.

A Marketing graduate from Tec de Monterrey, she is currently the public participation coordinator in the Local Public Electoral Organization of the state of Veracruz.

She is also a feminist data collector and founder of initiatives such as R-Ladies Xalapa, Data Feminism, and #Bookclubfeminista, whose purpose is to promote gender diversity in the R-software community, the use of gender data, as well as feminism awareness.

2. Sara Lozano Alamilla, for the protection and equity of women

An Industrial and Systems Engineering graduate from Tec de Monterrey, she is a professor and columnist for various media outlets.

She founded the United Nations Orange Campaign (UNiTE to End Violence against Women and Girls) in the State Electoral Commission in Nuevo León, as well as the Civic Network, which promotes partnerships and projects for civic education.

As a state electoral councilor in Nuevo León, she was the promoter and manager of the guidelines for the registration of candidacies in parity, as well as the allocation of proportional representation. 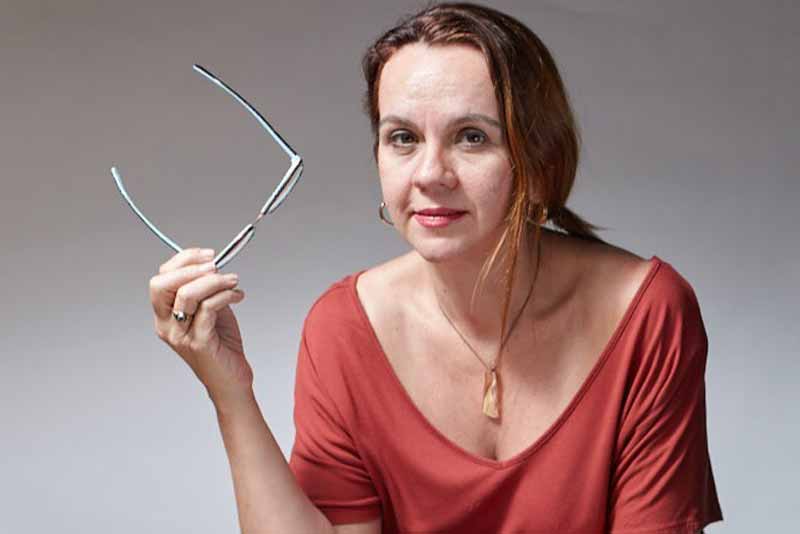 1. Cristina Ferral, the soccer player who supports through sport

Holder of a master’s degree in finance from EGADE Business School and a soccer player for Tigres Femenil, she has been champion in the 2019, 2020 and 2021 closing tournament of the Women’s Mx League, as well as a national multi-champion as a student at Tec de Monterrey.

She was selected in the U17 World Cup in Trinidad and Tobago 2010, champion at the 2018 Central American Games, runner-up with Mexico at the 2013 Kazan World Universiade, and she played in Europe at the Olympique de Marseille, in France (2017-2018).

Co-founder of the Impulse association, which supports low-income female student athletes to finish their studies through sport, she also manages a private children’s soccer academy in Monterrey.

She holds a Bachelor’s degree in Business Creation and Development from Tecnológico de Monterrey’s Chihuahua campus, graduating in 2013.

Ana Margarita is the founder of Ambient company, which develops and markets biotechnology to recover soil fertility by installing biofactories, and is also a collaborator in entrepreneurship projects and sustainable reforestation.

She has taken the technology to communities in need, such as the indigenous communities of the Sierra Tarahumara, where food sovereignty programs are being implemented. 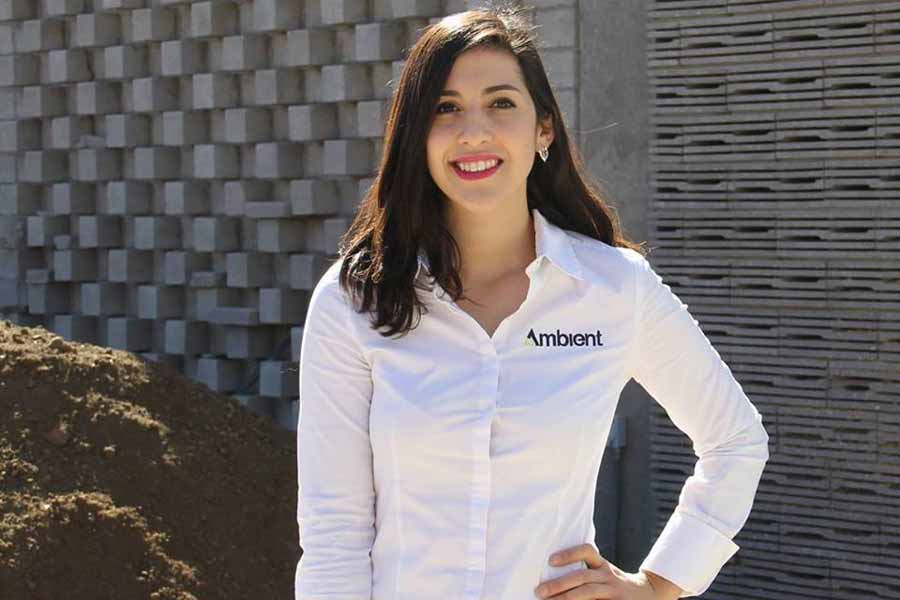 She has supported the business creation and development of more than 380 entrepreneurs and companies with a global focus, and currently works with flexible teams at the Innovation and Transformation Hub of the Vice-Rector’s Office for Strategic Transformation at UDEM.

Karina is also a promoter of the WIDE (Women Innovation Driven Entrepreneurship) program for the construction of an entrepreneurial ecosystem in Latin America for women who innovate in STEAM projects (Science, Technology, Engineering, Arts, and Mathematics).

She is the founder of the Together4Life organization, which aims to develop elements of change and promote the United Nations Sustainable Development Goals and responsible consumption.

As the creator of the EcoChic Upcycling projects, she is focused on promoting a circular economy, slow fashion, and TopSkills, which guide leadership and sustainable change.

A law graduate from Tecnológico de Monterrey, she is a lecturer, workshop facilitator, and climate advocate columnist.

She led the design, application, and formalization of the winning project for the United States government National Oceanic and Atmospheric Agency (NOAA) fund for the prevention and remediation of waste pollution in the oceans.

Perla Ceclia is the coordinator of the Monterrey Alliance for Climate Action and co-creator of Nuevo León Cero Residuos (Zero Waste in Nuevo León), a network of more than 50 organizations that promotes segregated waste collection in the Monterrey metropolitan area.

She is also the Project Manager for the Tec’s 2025 Sustainability and Climate Change Plan, leading the efforts of the Race to Zero (RTZ) initiative, and organizing the participation of the Tec de Monterrey delegation in the United Nations Climate Change Conference (COP 26), in Glasgow, Scotland.

National Dean of the School of Humanities and Education at Tec de Monterrey, she is also the creator of the Refugee Women’s Project in Costa Rica (UNHCR-Tec de Monterrey).

For this project, she negotiated maintenance support for students who traveled to Costa Rica for five weeks and 20 seed funds for refugee women’s micro-enterprises in that country.

Judith Aurora is the creator of the project “Conversations about the normalization of gender violence” in response to the students’ complaints about gender violence at Tec de Monterrey.

She also created the Gender Base project, in which women who are leaders in their areas on Tec campuses are trained, informed, and guided on gender equity and equality issues. 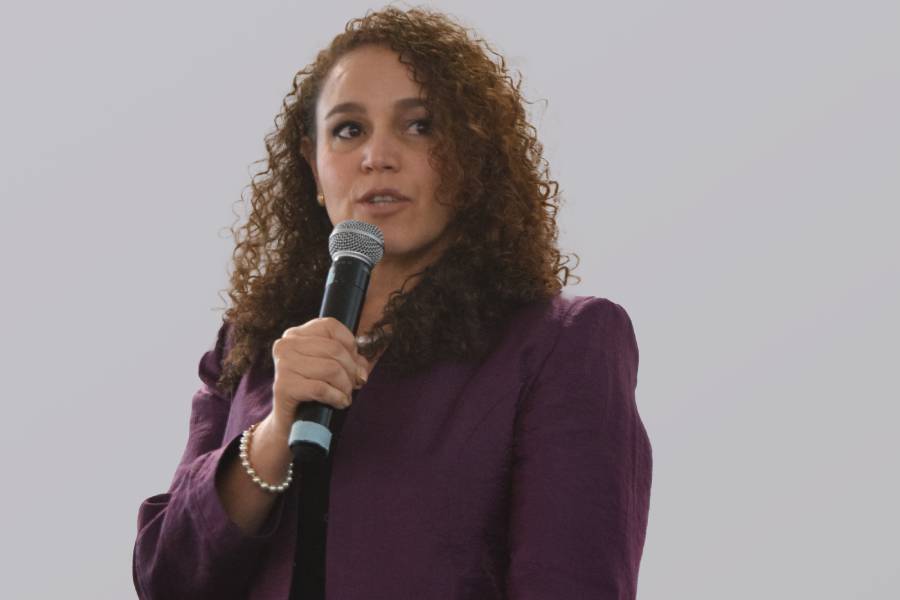 1. Patricia Magdalena González, for the comprehensive wellbeing of people

The holder of a degree in Education Sciences, she has worked at Tec Monterrey for 23 years. Patricia Magdalena has been awarded for her wellness care initiatives and inclusion in diversity, and in 2018 was also given the national LiFE Trainer award.

She has designed and participated in various high-impact projects, such as the comprehensive wellbeing program for Tec employees in Monterrey (with the participation of 2,000 employees annually), Building your Wellbeing, and the My Life app.

Holder of a degree in economics with an honorable mention from Tecnológico de Monterrey, she has been awarded for her extensive participation in technology and telecommunications issues.

Her achievements include her job as commissioner of the Federal Institute of Telecommunications and the creation of the ‘Conectadas’ foundation (Women for more Women), which is an organization of leading women in telecommunications, broadcasting, and ICT that has promoted a culture of equality in the sector.

María Elena also created i-Center for the Society of the Future, a think tank that promotes the study of the digital ecosystem and exponential technology to harness the transformative power of technology.

She has been one of the “100 Women in Antitrust” by Global Competition Review, “Most Powerful Women” by Forbes Mexico, 102 Leading Women by El Universal, and 20 Women who are changing the industry by CIRT. The initiative was born 10 years ago as an academic project by Professor Luz María Velázquez at the Monterrey campus.

The Professor of Ethics and Gender Equity of the School of Humanities and Education points out that it is an exercise of personal and collective recognition for the actions of women within the university community.

“For over 10 years, the Mujer Tec Award has been committed to making visible and sharing these achievements for the advancement of women and the whole of society in connection with International Women’s Day, held on March 8,” the professor said.

“We’re very grateful to all the candidates for their participation in the entire process. This is already an example of self-recognition.  We also thank the members of the jury who dedicate time to review each application,” she added.

The winners will receive the “Muliere Amet” sculpture at the awards ceremony that will take place on March 1, 2022, at 1:00 p.m.