The award is given to women who have shown outstanding commitment as clinicians, mentors, and researchers in oncology.
By Sara González | TecSalud - 04/04/2022 Photo Alejandro Escamilla

Dr. Villarreal is the first Latin American and the youngest woman to receive this award granted by the Conquer Cancer Foundation of the American Association of Clinical Oncology, which focuses on finding solutions to fight cancer globally.

“In this edition, two doctors are being recognised: an American and a non-American. It's very nice (to receive recognition). My students wrote in nominating me in recognition of my mentorship,” said Cynthia Villarreal.

Congratulations to @Dra_CVillarreal of @TecdeMonterrey and @tecsaludmx on receiving the International Women Who Conquer Cancer Mentorship Award. This award recognizes a female leader in #oncology from outside the US who serves as a role model and mentor to women in training.

According to Dr. Villarreal, she was nominated for this award for her work tackling cancer throughout her professional career.

"A great part of that decision came from me opening the first Latin American course in Mexico which specializes in breast cancer," she said.

"Eight years after my return, I opened the specialization course in breast oncology. We are starting our eighth group and seven sub-specialists have already graduated. We're one of only two places in Latin America that offer this training,” she said.

“They're the students who have already finished their medical degree. Since then, I have taught around 10 generations of students,” added Villarreal. 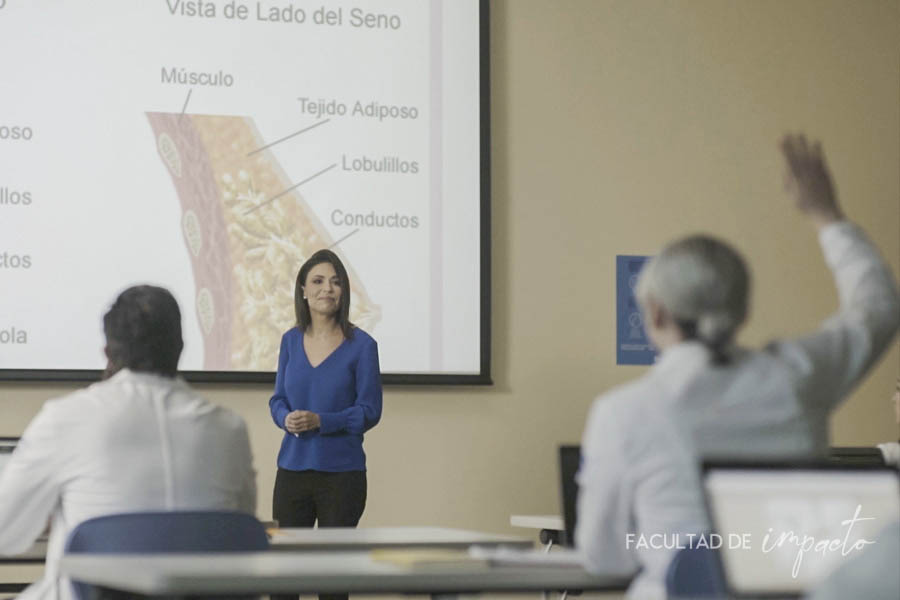 Cynthia Villarreal, who is a level IImember of the National Research System, also teaches oncology at Tec de Monterrey and is a consultant on masters and doctoral projects.

"I not only work as an attending physician, I'm also part of an educational institution where I prepare new professionals, do research and connect with different national and international groups," she explained.

Villarreal talked about the thrill of seeing her students learn the clinical side and their engagement in research projects:

"The progress they've made since they started is truly remarkable, as is their authorship of several academic papers. Some are now well on the way to practicing oncology," she said.

Students recognize her support and leadership

Nominations for the International Women Who Conquer Cancer Mentorship Award are made through recommendations from colleagues with personal knowledge of the candidate's mentoring activities.

Regina Barragán, a third-year medical oncology resident and head of oncology residents at the Salvador Zubirán National Institute of Medical Sciences and Nutrition, was the one who nominated Villarreal for the award.

She contacted people close to the doctor who had been led by her and asked them for letters to support her application.

“I'm very happy to see an inspirational young Latin-American woman take her place on the international stage and that her many years of hard work are being recognized,” said Regina.

Barragán met Villarreal as a medical student doing research one summer, and after finishing her degree, she did a year of breast cancer research in Monterrey with the doctor.

“Since then I have always regarded Cynthia as an inspiration. She is my mentor and one of the closest people in my life and my development, not only as a doctor and researcher but also as a person,” said Regina Barragán.

"I feel very happy. I was initially surprised to receive this award, but I am also very proud."

One of the people contacted by Regina was Bertha Alejandra Martínez, who is in her second year of the specialization in clinical oncology. She talks about why she recommended Cynthia for the award.

“Not just because she is an outstanding doctor but because she is also the most amazing mentor. I wouldn't be where I am today if it weren't for her. She cares about her team members and her trainees, and is really invested in making you feel special," Bertha said.

Another of Dr. Cynthia's colleagues who sent a recommendation letter was Bryan Vaca, an Ecuadorian doctor who was a student of hers while studying medicine in Mexico. In his letter, he recounted how she encouraged him to pursue his goals.

“I'm very grateful to have the opportunity to continue working with Dr. Villarreal, even though I'm no longer in Mexico. Now, I can apply all the knowledge I've acquired and start developing projects in my own country.

"I believe that her actions have surpassed Mexican borders, and her work will continue to make an impact on the lives of cancer patients in Latin America and the rest of the world," Bryan said. 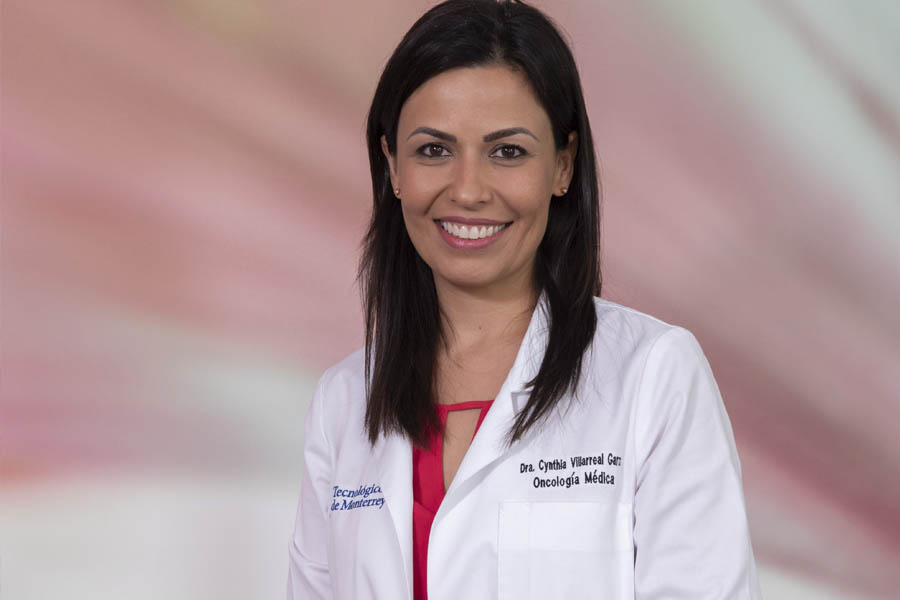 She is to receive this award in June, 2022, in Chicago, Illinois

Cynthia Villarreal will receive the International Women Who Conquer Cancer Mentorship Award during the annual meeting of the American Association of Clinical Oncology, which will be held in Chicago in June of this year.

The event will recognize the work of researchers, patient advocates, philanthropists, teachers, and world leaders in oncology who have reshaped cancer care around the world.

In this regard, Cynthia Villarreal said, “I feel very happy. I am surprised, but very proud, to accept this award.

"I'm filled with joy to receive this very important award, but more than that, reading the opinions, affection and the way my colleagues expressed themselves in their recommendation letters is priceless and makes me feel very committed to continuing with my work," she concluded.

Fifth wave of COVID? Medical experts urge us not to lower our guard

Did you know COVID can have after-effects? Find out what Long COVID is