New COVID variants: what you should know

A TecSalud expert assures us that basic prevention measures work against all variants of the virus that causes COVID-19.

What is a variant of the virus that causes COVID-19? How do they develop? What are the main variants that have been detected? Why are health authorities around the world observing them so closely?

Dr. Fernando Castilleja, director of Wellbeing and Prevention at TecSalud, answers these questions about how the new variants have developed during the current pandemic.

The Tec de Monterrey health system specialist emphasizes that basic prevention measures work for all variants of the SARS-CoV-2 virus. 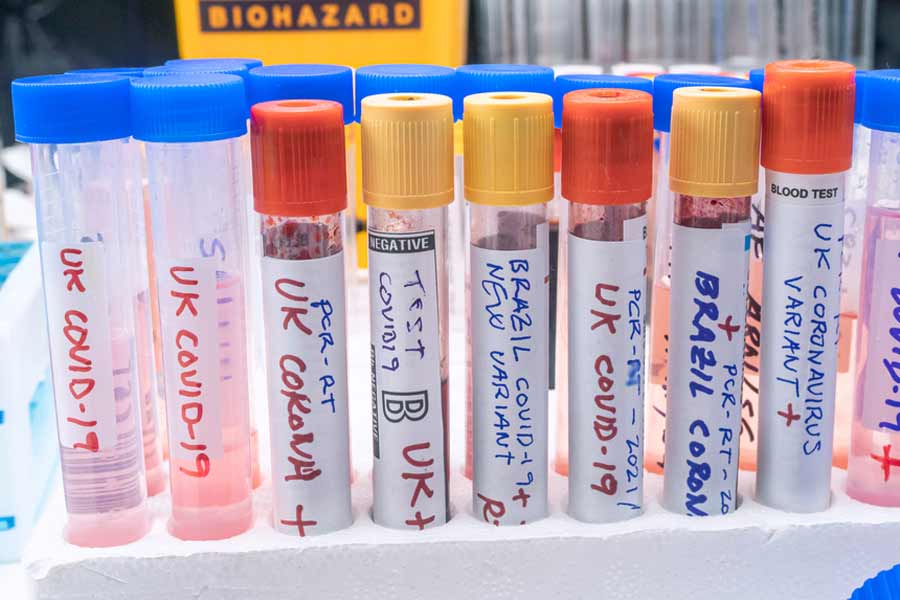 First of all: remember to follow basic prevention measures

Dr. Castilleja said that the best way to avoid getting sick from any COVID-19 variant is to strictly follow primary prevention measures.

“All variants are susceptible to primary prevention measures: wearing face masks, physical distancing, hand washing, and ventilated rooms. Regardless of the mutation, following the same measures will protect you.”

In addition, Dr. Castilleja explained that this virus can remain in people for up to 14 days asymptomatically, meaning they are unaware of it and can spread the disease without knowing.

How does a new variant come about?

When viruses replicate themselves, sometimes the new copies get modified. These changes are called mutations.

When a virus has undergone one or more mutations, it becomes a variant of the original virus.

Variants may emerge and then disappear, or they may adapt better than the original virus and persist.

According to the World Health Organization, SARS-CoV-2 is a coronavirus that tends to mutate more slowly than others such as HIV or influenza viruses.

This is attributed to the virus having an internal mechanism that allows it to correct errors during replication.

Where do mutations occur?

SARS-CoV-2 is a coronavirus that causes the COVID-19 disease. Coronaviruses get their name from the Latin corona, meaning “crown”, due to the crown-shaped spikes on their surface which help them to adhere to other cells.

Researchers are analyzing this coronavirus’ genetic modifications, including changes in the spikes on the surface of the virus, also known as the spike protein. 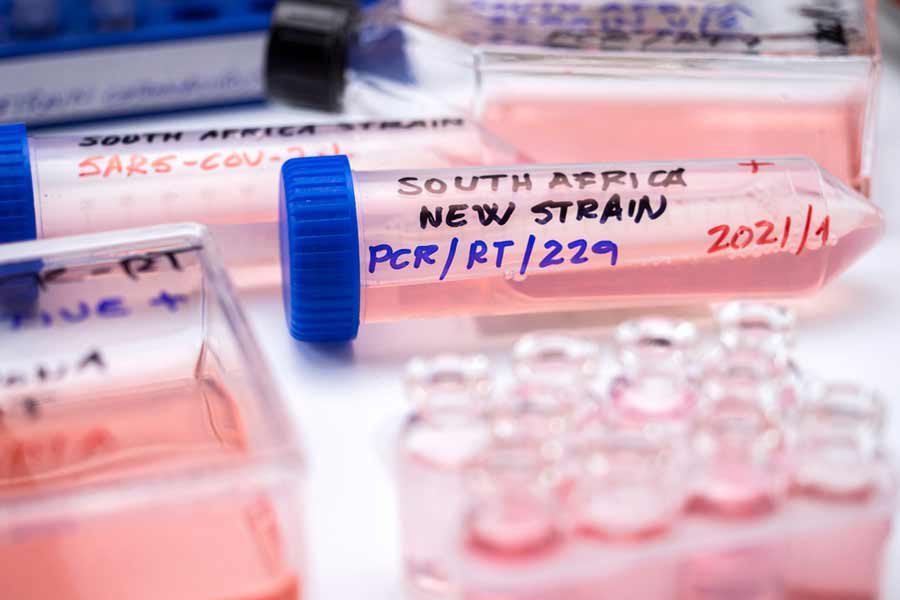 When was the first major mutation recorded?

Dr. Castilleja says the first variant identified was registered in January 2020, only a month after the original virus had been identified in Wuhan, China, in December 2019.

“A month later, there was already a first variant: D614G. This variant is the one that has been most dominant around the world during the pandemic,” said Dr. Castilleja.

Most of the changes detected in the SARS-CoV-2 virus have had little or no effect on its properties. However, changes in the genetic material of the virus could modify its transmission properties or its severity.

Why are these new variants being closely observed?

So far, the World Health Organization (WHO), which is monitoring and studying new variants of SARS-COV-2 that have emerged in the United Kingdom, South Africa, and Brazil, has noted that they are more infectious but no more lethal.

This means that the new variants tend to become the dominant ones in the pandemic, as happened in Europe and then around the world with the appearance of the D614G and A222V variants, which were different from the original strain found in Wuhan, China.

What does it mean when we say that the variants are more infectious?

These variants spread more easily and quickly than others, meaning they can lead to more COVID-19 cases.

An increase in cases means more hospitalizations and a higher probability of deaths. 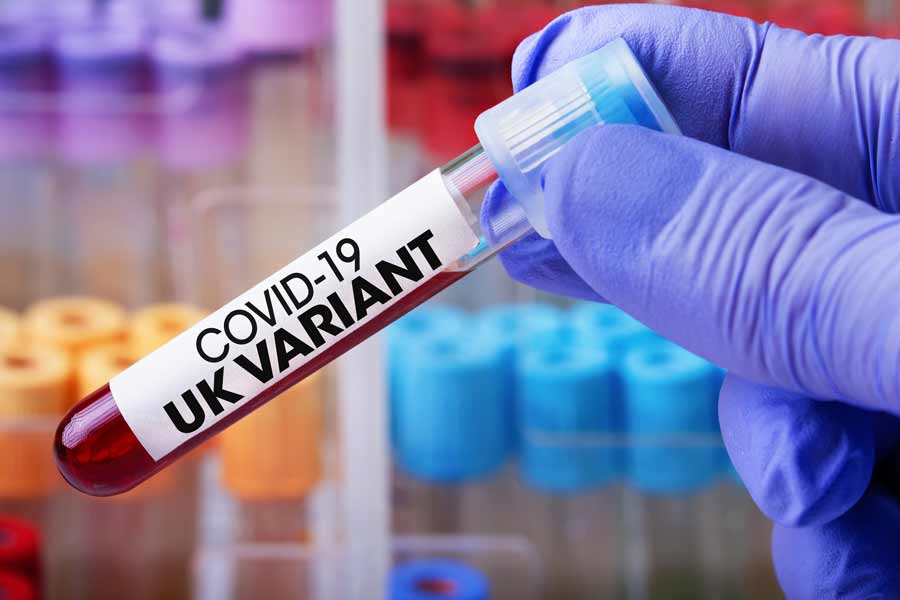 What are the characteristics of these variants?

Identified as B.1.1.7, it has higher transmission rates as a result of increased propensity of the spike protein to expose the receptor for cell binding.

“The UK variant was first detected in September 2020. This variant demonstrated a higher transmission rate than D614G, which is why people began to talk about closing the borders or prohibiting entry to travelers from the United Kingdom,” said Dr. Castilleja.

“Then a second mutation, with the same transmission rate, occurred. This mutation has been identified in 31 countries, including in Mexico,” he added.

On January 22, British Prime Minister Boris Johnson announced that, according to preliminary studies, this new variant “may be more lethal”, but experts said that further studies are needed to be able to confirm this.

“The South African mutation has a propensity to give patients a greater viral load. This means that whoever gets sick from this variant has a larger amount of virus in their body compared to patients with other variants.

“So far, its effects have not been shown to be more serious, but it is more easily transmitted”.

The Brazilian variant, called P.1, has genetic mutations similar to those found in the UK variant. It was first identified in travelers from Brazil arriving at an airport in Japan in early January 2021.

This variant contains a set of additional mutations, such as the E484K variant, which could affect its ability to be recognized by antibodies: preliminary evidence shows that the virus is capable of “immune evasion”.

The South African and Brazilian variants both come from the same mutation: N501Y.

In June 2020, the Cluster 5 variant was discovered on a Danish mink farm.

“It was limited to 12 human cases and was finally contained,” Dr. Castilleja said.

As part of the containment process, millions of mink had to be culled. 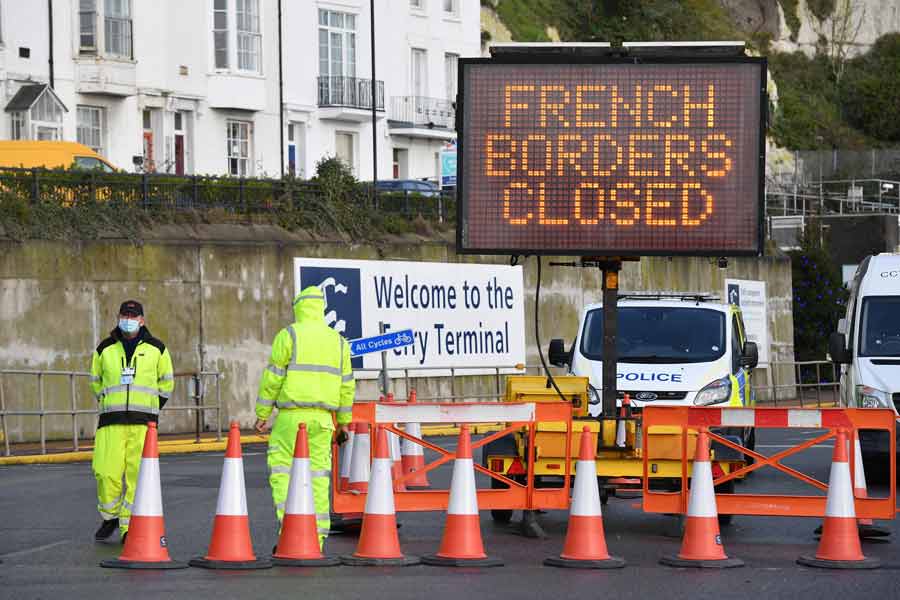 What happens to a person with a higher viral load?

“There are suspicions that [a higher] viral load increases the volume of oxygen required as well as hospitalization rates, as with the South African variant.

“The same happens with the Brazilian variant. It seems that they mean increased hospitalization. There are currently studies identifying epidemiological patterns to confirm this,” says Dr. Castilleja.

Do current vaccines work for these variants?

So far, research suggests that antibodies generated by currently licensed vaccines both recognize and neutralize these variants.

“There are lots more epidemiological studies to do. These new mutations have appeared in the last 4 to 6 weeks and clear epidemiological patterns cannot yet be ascertained because the number of infections is not high enough. There is nothing we can do but wait,” said Dr. Castilleja.

What do we not know so far about these variants?

Current research is looking to answer the following questions:

Will new variants continue to appear?

Yes: the more the virus circulates, the more likely it is to mutate.

It’s possible. The WHO has found mink, dogs, domestic cats, lions, tigers, and Japanese raccoons that are infected.

There is the possibility of people being reinfected by being in direct contact with animals with this virus, and thereby introducing a new mutation to humans.

So far, cases of animal-human contagion registered by the WHO have had the same properties as the variants in humans.

Do current vaccines work for these variants?

So far, research suggests that antibodies generated by currently licensed vaccines both recognize and neutralize these variants.

“There are lots more epidemiological studies to do. These new mutations have appeared in the last 4 to 6 weeks and clear epidemiological patterns cannot yet be ascertained because the number of infections is not high enough. There is nothing we can do but wait,” said Dr. Castilleja. 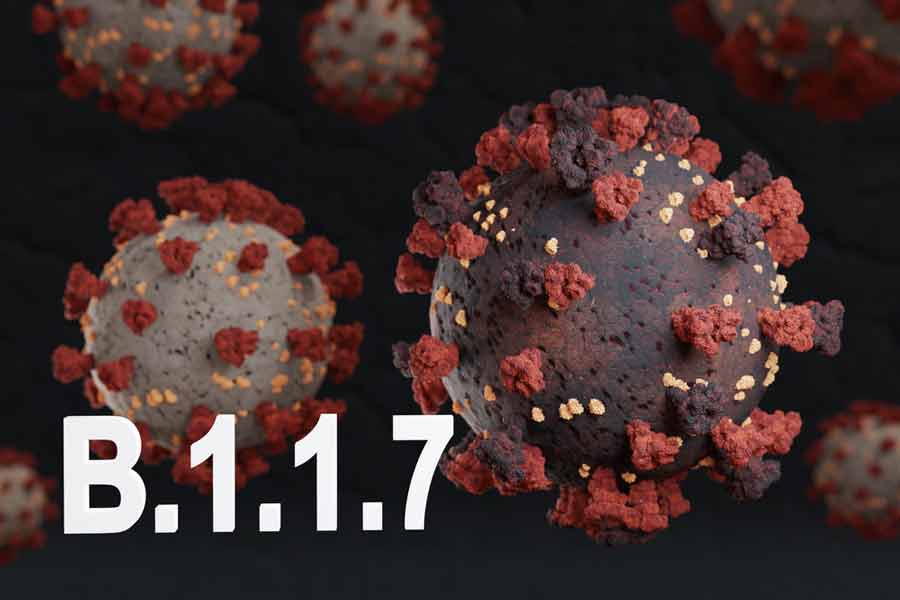 Further information provided by the World Health Organization and the United States Center for Disease Control.

Did you know COVID can have after-effects? Find out what Long COVID is