The Yale Center for Emotional Intelligence has recognized PrepaTec for excellence in communication and implementation of the RULER model during the COVID-19 contingency.

The creators of this emotional intelligence model presented the Marvin Maurer Award to Rafael Ábrego, PrepaTec’s Director of LiFE and Regional Development.

RULER is an evidence-based approach to social and emotional learning that aims to teach principles for understanding and managing emotions.

This model, developed at the Yale Center for Emotional Intelligence by Dr. Marc Brackett, serves as a guide to understanding the value of emotions and developing emotional intelligence skills. 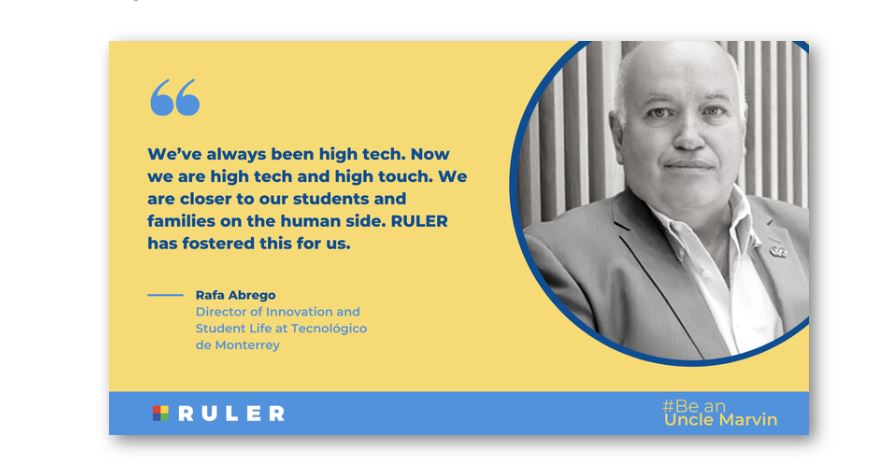 The RULER model at PrepaTec

During the pandemic, PrepaTec’s leadership recognized the importance of preserving the reputation of its high-performing schools while also addressing the social and emotional needs of students and their families.

Rafael Ábrego was instrumental in this process in ensuring that the skills, tools, and principles of emotional intelligence were accessible at PrepaTec, said the Yale Center.

“Human flourishing is the beacon of light guides us, using emotional wellbeing to get there” said Ábrego, who has helped 35 schools, 27,000 students, and 300 educators with RULER.

“It’s an emotional revolution. It’s very difficult for people to live well without good management of emotions, being grateful for being alive and being genuinely happy,” he explained.

The model in detail

RULER is essentially a methodology based on an acronym for the five skills of emotional intelligence, said Rafael.

According to the Tec expert, the vital points in RULER are:

“I emphasize the labeling of emotions when working with teenagers because it helps us to understand their state of mind by expressing how they feel in the words they use,” Ábrego said.

“Unlike Spanish or Mathematics, labeling emotions is like a language that we were never taught,” he said. 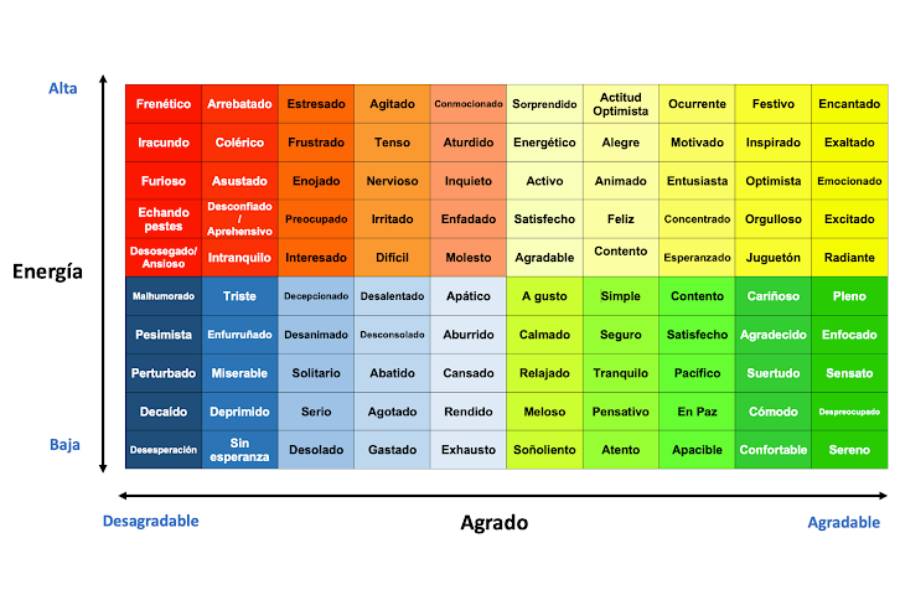 “Labeling emotions is like a language that we were never taught.”

Working towards a successful implementation

That’s how PrepaTec formed a partnership with this university so that its students can learn, along with their academic studies, to recognize and control their emotions in order to use them in their favor.

“I joined the team with the task of implementing this program and, as with everything at the Tec, we learned by doing,” Rafael said about his experience of the process in its early days.

According to Rafael, the first attempts were done separately in high schools, which led them to understand that the implementation needed to be introduced collectively to ensure that all those involved understood the message.

In the systems area, Rafael has been in charge of establishing technological tools in order to follow up on their 27,000 students, especially during the pandemic.

“We guide and accompany them on the way to social-emotional health. The most important thing is to have a common language,” he said.

Rafael highlighted the use of the Mood Meter app developed by the Yale Center as part of the implementation process, along with activities such as Unplug Day.

“Great people are those who can show vulnerability without fear of what others might think of them,” said Rafael about his hope of what the students will learn from RULER.

An award that recognizes emotional intelligence

The Marvin Maurer award is a recognition of the PrepaTec team that made it possible to care for the emotional health of all their students, even in challenging conditions such as lockdown.

Rafael acknowledged the surprise he felt upon receiving his award in the mail and described it as a humbling experience.

“It’s a great honor that they’ve considered us for this award. In the beginning, I felt great pride, satisfaction, and joy. I went through moments of doubt, but eventually, I ended up feeling gratitude,” said the LiFE Director.

“It’s a celebration of the continuity of PrepaTec’s efforts during the pandemic in which maintaining students’ mental health was essential,” said Dafne Tenorio, Manager of National Institutional Communications at Tec de Monterrey.

After receiving this award, Rafael recognizes that RULER’s work isn’t over, and he hopes that in the future this model will be accessible to all schools, both private and public, in Mexico.

According to the Yale Center, as RULER reaches schools around the world, leaders can turn to people like Rafael who’ve had great success in creating awareness and opportunities.

Student Leadership and Education (LiFE for its initials in Spanish) is in charge of sports, cultural, and training activities for Tec de Monterrey students.