The first class in Tec de Monterrey’s Metaverse included activities inside and outside the classroom, all in a virtual world.
By Asael Villanueva | CONECTA National News Desk - 04/04/2022 Photo Antonio Juárez, Irving Hidrogo

Students turn on their computers for their online classes, but they’re not connecting to a video call. Instead, they are entering a virtual world similar to a video game.

So began Tec de Monterrey’s first complete course in its own Metaverse, known as the Tec Virtual Campus, a 3D virtual world created by the institution where students take classes and spend time together.

Professor and architect Antonio Negrete Juárez, from the Querétaro campus, was the first to move his entire class to the Metaverse during the 2021 winter term.

“My students told me that they liked learning and having this experience of almost being on-site,” says the professor.

The Tec Virtual Campus includes buildings such as a library, classrooms, an auditorium, and outdoor areas where students can have learning experiences inside the Metaverse. 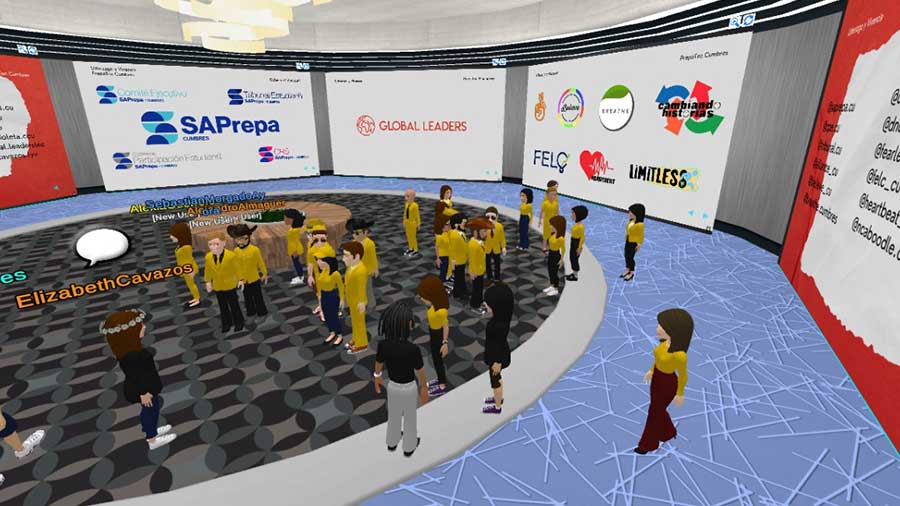 The first entire class in the Tec’s Metaverse

Juárez explains that he got the idea of taking his Alternative Systems and Installations class to the Metaverse after attending courses at the Tec’s Center for Teacher Development and Educational Innovation (CEDDIE), which helps teachers work with technology for education.

“During the CEDDIE courses, I received some training to see what activities we could do in a couple of hours on the Tec Virtual Campus.

“I had a class lasting 5 weeks for several hours a day. I sent them an email, and they said yes, that we were going to work on the pilot,” the professor recalls.

That would be the beginning of the class that Juárez taught for 5 weeks, the length of the winter term for students at Tec de Monterrey.

“The benefit is being able to be in a virtual space where the subject can be taught as if it were in the classroom. The fact that it’s virtual doesn’t hinder the objectives at all.

“It’s the first time, but I sent the activity to see if we can present it elsewhere. In the future, it would be good to be able to lead the way for other professors to do the same,” says the teacher.

The students’ routine in the Metaverse

Sitting in front of a computer was the first step to entering the Tec Virtual Campus via the Virbela platform, after entering a username and password.

Once they’ve selected their avatar, a physical representation of themselves inside this virtual world, students attend activities inside a classroom, and outside, depending on what they’re looking to learn.

The aim of the class taught by Professor Juárez was for students to learn about installations of alternative systems in homes, i.e., water, sanitary, electrical, gas, and even home automation installations, known as Smart Homes.

“My students told me that they liked learning and having this experience of almost being on-site.”

“The students worked as a team in a virtual classroom and on virtual computers using AutoCAD (design software). Each student demonstrated the progress they were making, as if in a face-to-face class.

“They made project presentations in one of the virtual auditoriums and showed us their installation proposals,” says Professor Negrete.

Not only did the Tec Virtual Campus allow them to simulate a traditional classroom, but Juárez explains that they used virtual spaces outside to hold a treasure hunt, in which students used their avatars to search for notes in order to answer a questionnaire.

“In this questionnaire, they answered questions about ethics in architecture and engineering, and we held a discussion at the end,” says the professor, who points out that it was a pleasant experience.

“At the end, a student came up, thanked me, and shook my hand virtually. It was a cool experience,” he says.

Currently, Professor Negrete is teaching another class in a format known as Global Classroom, where Tec students learn with other students from foreign universities, in this case, with the Catholic University of Colombia. 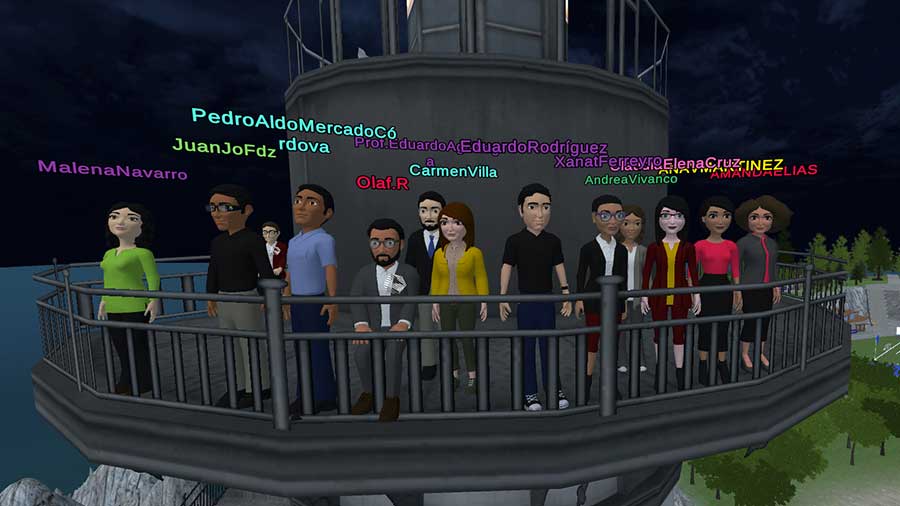 An open door to learning experiences

Joaquín Guerra, Vice-Rector for Educational Innovation at Tec de Monterrey, points out that the institution had already been working on promoting learning experiences with technologies such as virtual reality and augmented reality.

“The pandemic accelerated these processes. Now, instead of just entering Zoom, we can enter a virtual world, as we do in video games, and it makes the experience immersive.

“This Metaverse was made with spaces, gardens, conference rooms, classrooms, and cafeterias. That’s where you enter, build your avatar, and interact with others,” says Guerra.

Regarding the experience of the students during the first class to be carried out entirely in the Metaverse, the Vice-Rector says that it was gratifying to see how much they liked it. 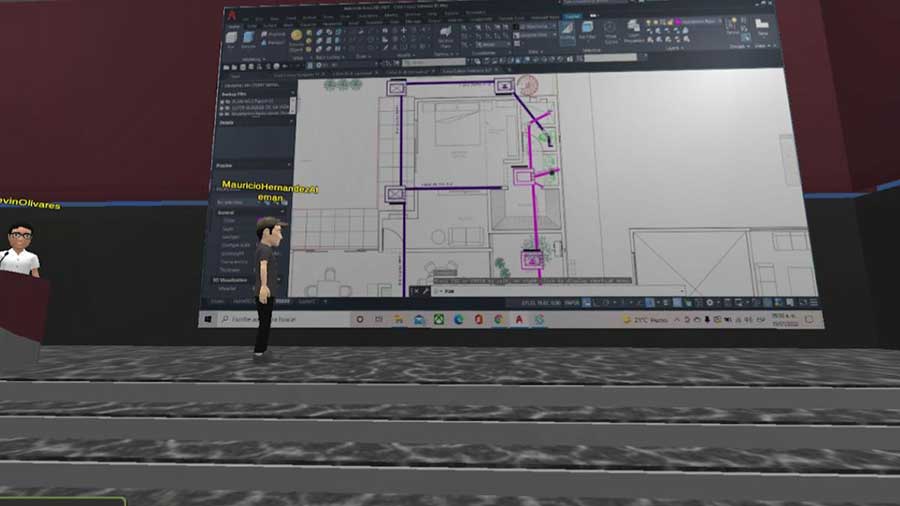 He says that this type of experience doesn’t happen in every class, but rather the experience is analyzed and designed with the quality of student learning in mind.

“It’s not about doing these kinds of things for the sake of doing them and using technology for the sake of using it. The process is important, as is making sure that the design allows you to take advantage of the tools.

“We’re looking to identify where it can work well. This is a trend that we must continue to explore. If we see Metaverses as being for entertainment and video games, why not think about using them for education?” he concludes.

“If we see Metaverses as being for entertainment and video games, why not think about using them for education?”

Michael Fung’s challenge: pioneering the education of the future